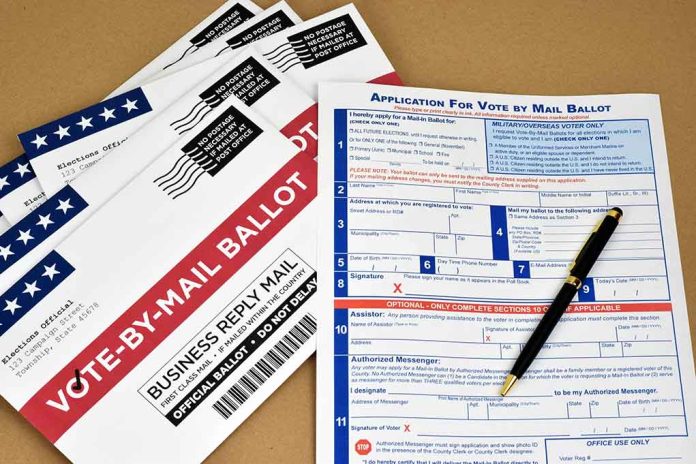 (RepublicanNews.org) – Primaries for the midterms start in just over a month in North Carolina, prompting a legal non-profit to release a report about the potential for massive voter fraud in the state. The Public Interest Legal Foundation, focused on election integrity, found reason to believe that as many as 60,000 votes could be compromised — a number that stands to swing the results of any statewide contest.

The foundation found that 7,933 North Carolinians who died in 2020 still appear on the rolls 2 years later. In the spring of that year, nearly 13,000 deceased people remained registered. Around 95% of those entries matched Social Security Death Index records, meaning they died well before 2020.

The nearly 8,000 people still on the voter registration list show how long it can take to correct potentially devastating mistakes under current systems.

PILF also identified 42,984 registered voters who moved away and registered in other locations but remained present on both lists. The firm used records from the US Postal Service’s change of address system and national voter database to track the movements of former residents.

On top of that, 13,525 registered voters had duplicate registrations at the same address.

The revelation that nearly 60,000 votes are just waiting to be misused either by their owners or savvy con artists grants a terrifying glimpse into the reality of just how insecure our elections system can be.

Is Anyone Doing Anything About It?

In 2018, the voters of North Carolina passed a constitutional amendment requiring all voters to show ID. A federal judge struck it down, stating that the law was unfair to minorities and the underprivileged. The law will likely remain in limbo until the US Supreme Court takes action. According to CNBC, the high court is considering taking on the case.

The justices would be dangling their toes in election politics at that point, setting precedent in cases where opposing parties control different aspects of the state government. For example, in North Carolina, the legislature is solidly Republican, yet Governor Roy Cooper and Attorney General Josh Stein are Democrats.

The AG’s office defends the government’s positions in court. Republicans, on the other hand, don’t believe Stein is giving the measure, which his party opposes, enough of a defense.

GOP lawmakers in the state recently began looking at other methods of securing elections. They continue to explore bills that would restrict absentee voting in an effort to reduce the possibility of fraud while also shortening the deadline to receive mail-in ballots.