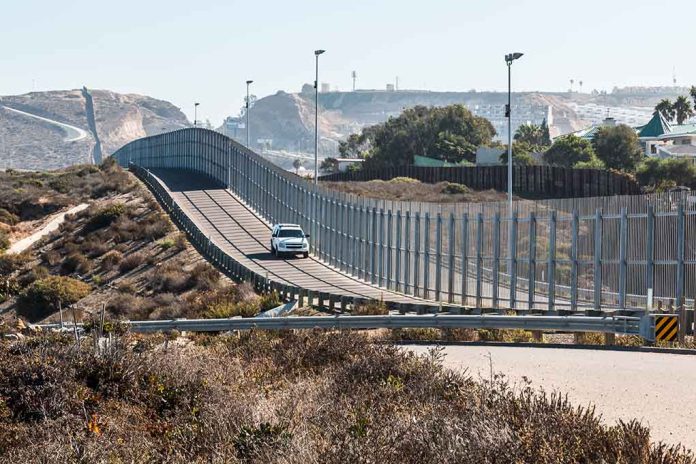 Abbott Puts Biden In His Sights – Calls Out Blatant Neglect

(RepublicanNews.org) – President Biden and his administration continue to ignore the problem at the southern border while local officials face a massive influx of migrants. States like Texas and Arizona, which share a border with Mexico, have taken the matter into their own hands. As Arizona fills in gaps in the wall with shipping containers, Texas Governor Greg Abbott is sending immigrants to self-proclaimed sanctuary cities like New York and DC. The Republican continues to send busloads of undocumented individuals to Democrat-run areas, explaining he’s filling in gaps Biden has left in his absence.

Governor Abbott mentioned Texas is “stepping up” as the president continues to ignore the border crisis. The Republican isn’t exaggerating as the multi-agency effort Operation Lone Star has been effective. The governor’s office noted in a press release the endeavor has led to the arrest of 19,000 criminals, and authorities have apprehended 297,200 migrants. The Texas Department of Public Safety has also reportedly seized over 335 million fatal doses of fentanyl.

The release detailed that the Lone Star state has bussed over 7,400 immigrants to DC alone, and another 1,500 to New York City (NYC), since August 5. The effort has paid off as it’s helping to provide relief to border communities that Biden’s open border policy has overburdened.

Governor Abbott began sending migrants to DC and NYC after Biden’s administration failed to even acknowledge there was a problem at the southern border. The Republican expressed in a statement after the first bus arrived in New York that it was an ideal location due to the services and housing Mayor Eric Adams bragged about having in the city. Abbott expressed his hope that the left-leaning leader would fulfill his promise and allow relief to come to border communities.

The Texas leader may be proving his point as Mayor Adams is experiencing some difficulty in housing the incoming migrants. Since officials have yet to establish an intake and process center, as well as rent any hotel rooms DHS asked for, they’ve had to force the subjects into homeless shelters, which are now quickly becoming overcrowded.

Abbott wanted liberal cities to understand the pressure President Biden’s open border policy has placed on his communities and others nearby. Adams is certainly feeling the heat. The liberal mayor resorted to asking for federal assistance from Biden, who has yet to provide any. How much longer will the president allow this to go on before addressing the issue with his immigration policies?