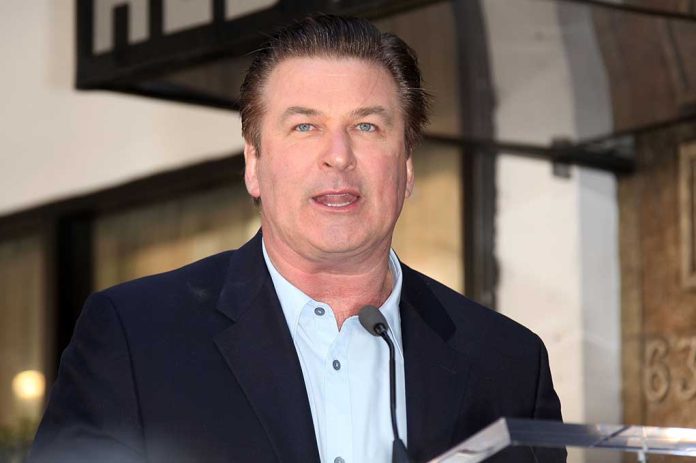 Alec Baldwin WRECKED — But Not For The Reason You’re Thinking

(RepublicanNews.org) – Actor Alec Baldwin isn’t having a good year. After an FBI report confirmed he did pull the trigger in Halyna Hutchins’ death, he’s facing another potentially crippling lawsuit. This time, plaintiffs allege he falsely accused an innocent woman of taking part in the January 6 Capitol riot.

When a suicide bomb killed US Marine Corps Lance Corporal Rylee J McCollum during the chaotic withdrawal from Afghanistan, Baldwin tracked down one of the fallen serviceman’s sisters on Instagram and sent a check for $5,000 to help support his widow and her newborn child. The actor could have stopped with that admirable gesture, but he didn’t — and now, it’s blown up in his face.

This January, Roice McCollum, the woman who received Baldwin’s check, posted a commemorative photo of herself at a January 6, 2021, rally in Washington, DC. It triggered a furious response from the liberal actor, who messaged her, saying he’d donated ”out of real respect” for her brother’s service without knowing “you were a January 6th rioter.”

The hits just keep on coming for Mr. Baldwinhttps://t.co/nXZtd0Fc0P

Roice reminded Baldwin protests are legal, she had been peaceful and had spoken with the FBI, but he lashed out at her, calling her an “insurrectionist” and telling her he had reposted her photo to his social media, ending with a sarcastic, “Good luck.”

Predictably, his fans bombarded Roice, her sister Cheyenne, and LCpl McCollum’s widow, Jiennah, with hostile messages. In January, the women filed a defamation suit against Baldwin in their home state of Wyoming, but a judge dismissed it because she lacked jurisdiction over the New York-based actor.

Now, the Gold Star family has refiled in New York federal court seeking damages of no less than $25 million. If they win, the actor could lose everything. By the time the legal dust settles, Baldwin might wish he’d been more careful with Instagram.