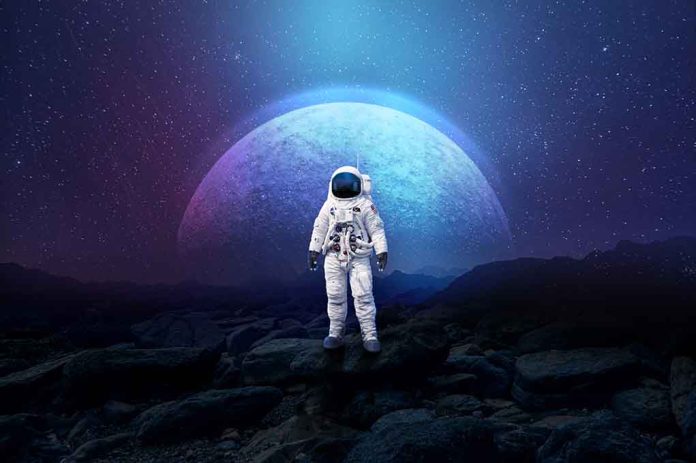 (RepublicanNews.org) – The United States is hoping to put boots back on the moon in 2025. However, the current space suit that astronauts utilize is vastly outdated. In order to perform future space missions, namely those involved in the Artemis Program, the US is developing a brand new suit. NASA has announced that it granted contracts to Collins Aerospace and Axiom Space, which will each design and create their own version of the new device.

Congratulations to Axiom Space and Collins Aerospace for being selected to move forward with their spacesuit design, which will unlock new capabilities for missions to the @Space_Station, @NASAArtemis missions to the Moon, and eventually missions to Mars. https://t.co/UDL3x7omVs pic.twitter.com/IppfBZoLXl

NASA plans to test the next-generation space suits in the region of space directly outside the International Space Station (ISS). However, it will first run simulations in thermal vacuum chambers on Earth. NASA will select one, or possibly both, options shortly after evaluating how they perform in the field. From there, NASA will further develop the suits and eventually put them into official service during future operations.

Astronauts on the ISS and those involved in the future Artemis Program who regularly moonwalk all need updated suits, which Axiom Space and Collins Aerospace hope to be able to develop and earn under the NASA contract. Both situations require similar suits, but environmental influences differ greatly. The ISS is a zero-gravity environment, meaning a bulky and heavy suit isn’t necessarily going to impact performance. On the moon, there’s gravity, making a heavy suit less desirable.

Engineers will determine whether they develop different suits for the different environments or take a one-suit-fits-all approach. Either way, dust will also be a major concern for astronauts walking on the moon. While the ISS and similar environments are pretty dust-proof, celestial bodies such as the moon feature thick layers of debris across their surfaces. NASA will test each company’s respective suits on the Artemis timeline, which hopes to perform another moonwalk by mid to late 2025.