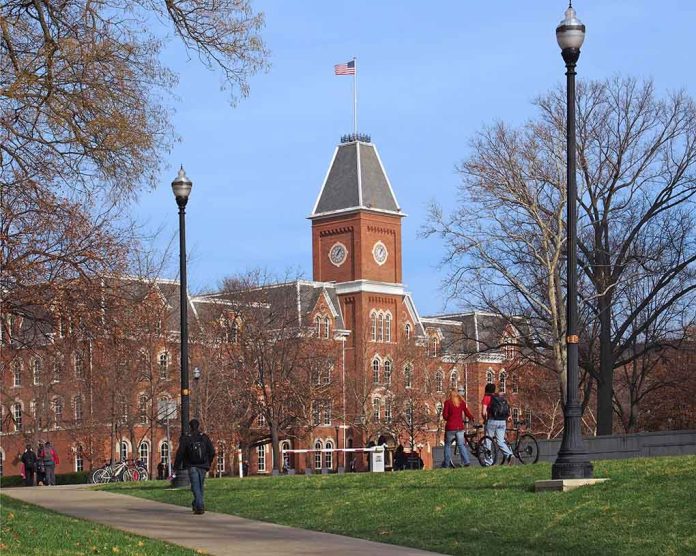 Watch Biden Pushes It Too Far – Americans Have Had Enough

(RepublicanNews.org) – President Biden recently announced a new plan to forgive student debt. The move may be music to the ears of some, but not everyone is onboard. Even members of the president’s own party are critical of the measure.

Biden should expect a rebuttal from Republicans, who claim his plan would add to the already elevated inflation problem. However, the commander-in-chief probably didn’t expect criticism from the Left. Despite the loan forgiveness potentially helping their midterm chances, some Democrats, like Jason Furman, a top economist under former President Obama, claim the move was like pouring gas on an already raging fire.

Pouring roughly half trillion dollars of gasoline on the inflationary fire that is already burning is reckless. Doing it while going well beyond one campaign promise ($10K of student loan relief) and breaking another (all proposals paid for) is even worse.

Some of Biden’s top aides are questioning whether the president has the legal authority to cancel the debt, reflecting what Speaker Nancy Pelosi (D-CA) said about the issue in 2021. Senator Mitch McConnell (R-KY) declared the decision was unfair and a slap in the face to people who have already paid off their student loans, cut expenses and worked hard to get through college.

The president used executive action to force the decision, which the opponents feel should have gone through Congress.

During his announcement speech, Biden said 43 million Americans would feel the impact of his decision. The POTUS noted that of those benefiting from the debt cancellation, 45%, or 20 million, would see their student loans disappear altogether. He stated this would give people the ability to climb out of the hole they’re in and start living life.

According to a White House fact sheet, Biden’s plan would grant anyone making less than $125,000 a year payment of $10,000 toward their student debt. Additionally, anyone living in a household making less than $250,000 annually would also benefit from the payment. For students who received Pell Grants, the payment doubles to $20,000. The president’s decision came after months of debate and consideration.

Biden’s plan will almost certainly impact the economy. Some experts claim it could help, while others are concerned it may further damage America’s financial situation. The Committee for a Responsible Federal Budget claimed the debt cancellation, in its entirety, could cost US taxpayers as much as $900 billion.

Relieving people of these debts might only encourage recipients to spend more and increase inflation. The decision also potentially sends a message to future generations that it’s okay to accumulate financial obligations because the government will pay for them. In reality, everyday American taxpayers will bear the bill.