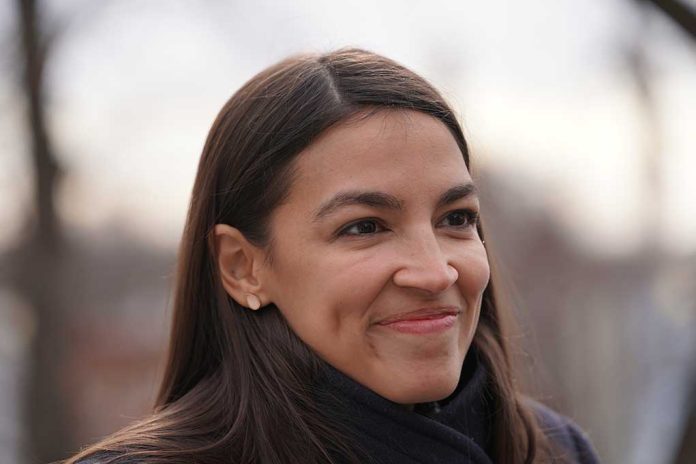 (RepublicanNews.org) – After the Supreme Court overturned Roe v. Wade, many pro-choice advocates and Democrats braced for the worst. States will now have the power to restrict or ban abortion without federal government interference. US Representative Alexandria Ocasio-Cortez (AOC) is doing her best to help women seeking abortions by spreading information, such as legal loopholes that allow citizens to skirt restrictions.

While the Democratic congresswoman doesn’t want people skirting gun laws, she’s more than fine with telling women how they can dodge abortion bans. She’s been busy actively posting such information in the form of infographics on Instagram and Twitter.

In one message, the New York Democrat warns that state governments may utilize surveillance cameras to track people. In another, she explains how pregnant women could still access abortion medication and advises followers to just say they had a miscarriage afterward.

Republicans are mad because I am sharing this information. Too bad!

🚺⚧ Freedom of choice is an inalienable right. Your bodily autonomy belongs to you.

💊 Link to my full IG story on how to protect yourself + access abortion in a post-Roe world:https://t.co/JdFoyKdoPl pic.twitter.com/iRk4IJXmvY

The congresswoman also talks about the issue of operational security in some posts, telling women seeking abortions to use burner email accounts and pre-paid debits cards to protect themselves. She encourages women in impacted states to delete apps that track their menstrual cycles.

AOC is telling pregnant women how they can still access abortions despite being in states where the procedure or medication may be prohibited. The question is whether or not people should trust her. After all, she’s essentially telling women how to break the law. Perhaps that’s a decision for each individual to make.