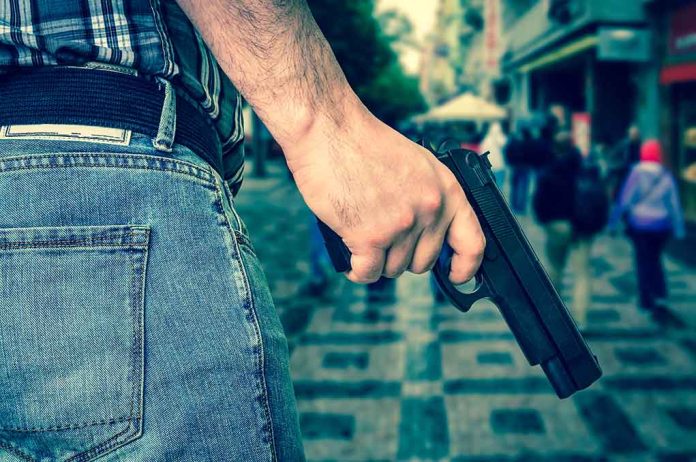 (RepublicanNews.org) – Philadelphia city officials and the Bureau of Alcohol, Tobacco, Firearms, and Explosives (ATF) are asking the public for help identifying a person of interest in a mass shooting incident on June 4. The ATF is currently offering a reward for any information that might help lead them to the individual, whom it calls armed and dangerous.

Authorities believe more than one suspect opened fire in the city’s popular entertainment district on June 4. The gunfire killed three individuals and left several others injured.

Two of the perpetrators, 34-year-old Rashaan Vereen and 18-year-old Quran Garner, are already in police custody. Authorities are now searching for a third person of interest: a tall, heavy-set black man in his late teens with a light to medium complexion and bushy hair.

Alexis Quinn, 27, and Gregory Jackson, 34, were killed in the June 4 shooting. A third 22-year-old man, whose name has not yet been released to the public, also died.

Police believe that one of the three victims was arguing with someone present when both individuals suddenly started shooting at one another. The other two victims and those who suffered injuries just happened to be in the wrong place at the wrong time.

Police are asking the public to call 215-686-TIPS if they know anything about the shooting or the person of interest. The ATF and Philadelphia are offering a reward of up to $30,000 if the information provided directly leads to an arrest.