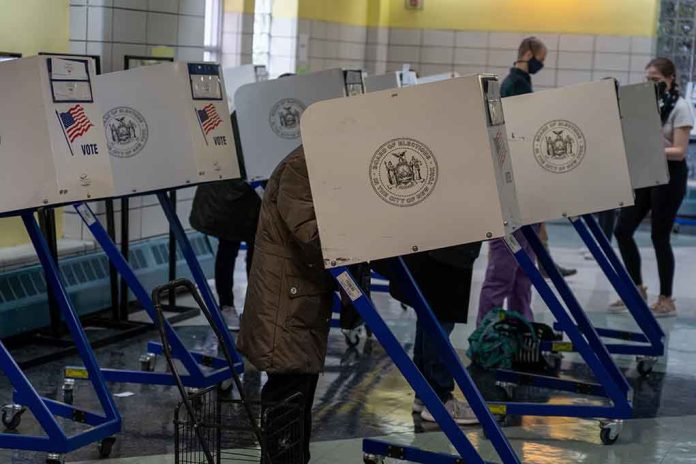 (RepublicanNews.org) – Former White House Chief Strategist Stephen Bannon had a lot to say about the media during a March 19 episode of his podcast, “The War Room.” Opening with strong opinions on the Russia-Ukraine conflict, he quickly moved on to the topic of dissent against President Joe Biden. Then, he dropped a bombshell by accusing reporters of committing treason back in 2020, citing a surprising source of evidence.

“What They Did in October 2020 Was Treason…We Told You Biden Was Illegitimate and the World Knows It” – Steve Bannon on Xi, Putin and Iran Having Their Way with Biden https://t.co/u1FpamOWkT

Bannon first stepped onto his soapbox by blasting the media’s coverage of the current state of the world, once again reiterating his prior claims that President Joe Biden is not the legitimate President of the United States. He feels Biden is fully aware of that fact and actively chooses to ignore it in favor of staying in power — a situation he believes is emboldening tyranny throughout the world.

The former White House strategist next spoke at length about the immigration crisis in the southern United States. He lamented the lack of enforcement and deterrence at border crossings, calling the waves of migrants an invasion of the US homeland.

Coming full circle to the Biden family, Bannon brought up the issue of Hunter Biden’s laptop “from hell.” He accused the media of lying to cover up the story to protect President Biden and his son. Revelations about the laptop’s contents show the Bidens have made previous business dealings with questionable connections to enemies of the United States.

The ex-staffer called the media’s actions treason because their spin on the above events has provided comfort and aid to enemies of the United States. He asked listeners whether any of this would have happened if Trump were still in charge of the country.