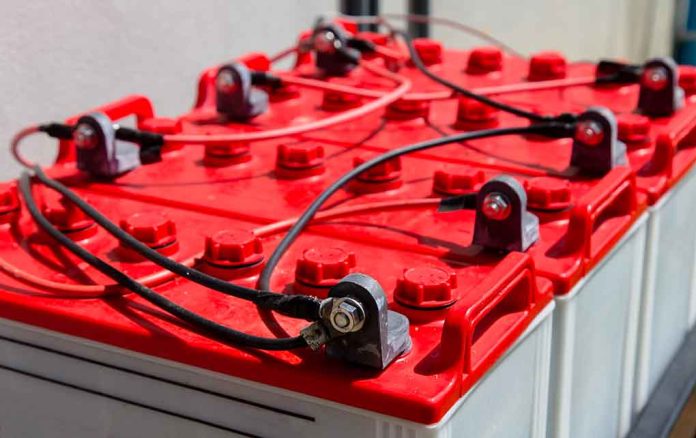 (RepublicanNews.org) – As President Biden looks to decarbonize the US grid by 2035, it appears the transition may take longer than that. Battery shortages are hindering efforts to one day replace fossil fuels. How will this new hurdle impact solar and wind energy moving forward?

Renewable energy developers in the US are tossing plans to build batteries for energy storage in the trash, shutting down, renegotiating, or suspending battery projects instead. Companies such as Tesla, Terrasun Solutions, EDF Renewables, Fluence, and many other corporations have reported delays in recent months.

The lack of access to batteries is putting a serious damper on the race to replace fossil fuels with other renewable energy sources.

Supply chain and labor issues contribute to many delays and cancellations. Growing competition within the electric vehicle (EV) market and the continued side effects of inflation also contribute by skyrocketing the price of critical minerals and materials.

The loss of access is bad news for companies and entities focused on greener energy solutions. For example, President Joe Biden’s administration is currently trying to transition away from combustion engines; the battery shortage makes that goal far more difficult to achieve.

There are also serious concerns about the stagnation of battery production for utility-scale installations in regions where the bulk of available energy already comes from renewable sources. California, for example, is home to the world’s largest battery storage facility.

Solar and wind power are difficult to implement as they only produce power when those resources are environmentally available. Storage batteries help stockpile reserves of energy for downtimes, such as at night. Power cell production plays a critical role in that process and the overall expansion of renewable energy. A battery shortage stands to create a potentially catastrophic delay in Biden’s plan to make America green by 2035.