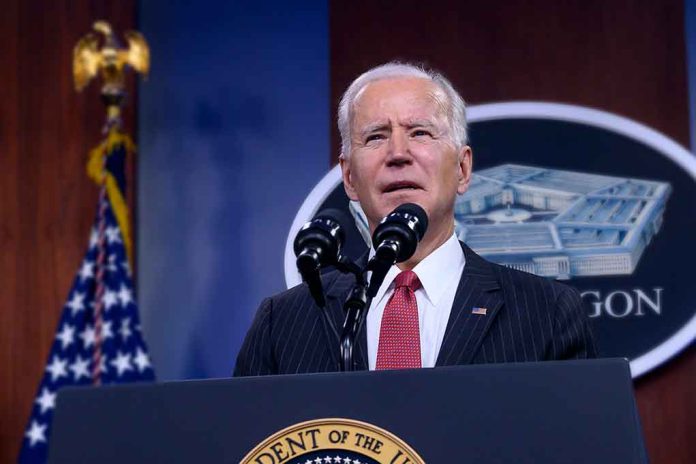 (RepublicanNews.org) – President Joe Biden’s chances of a successful 2024 presidential run are looking increasingly murky as the Department of Justice investigates several caches of classified documents found at the President’s D.C. think tank and at his home in Wilmington, Delaware.

Though it is not clear why they would be looking for such items, White House lawyers in January found papers marked “classified” both at the Biden-Penn Center in D.C, and at President Biden’s Wilmington, Delaware garage.

Biden has not formally announced a 2024 presidential run, but he and his administration are clearly signaling that such a run is possible through careful statements.

Political watchers disagree on whether the document situation will turn into a full-fledged scandal, and whether it would scuttle Biden’s chances in the race.

Democratic strategist Kevin Walling said he doesn’t think the incidents will cause Biden to reconsider or prevent him from running. “All indications”, he said, were that the President plans to run and that the document investigation will not “affect his thinking”.

Other Democrats have been telling pollsters they don’t think Biden should run, and they’ve been saying so in polls since the midterm elections of 2022. Up to two-thirds of poll respondents said Biden should not run.

Some Republican strategists, of course,  say Biden’s document mishandling will hurt his chances. Giancarlo Sopo said the DOJ investigation could hamper Democratic voter morale. Colin Reed characterized the situation as a “gift” to the GOP from Biden, saying that the issue of handling sensitive government documents was non-partisan and was of concern to voters across the political spectrum.

But what the documents actually contain matters, according to Democratic campaign strategist Hank Sheinkopf. He also said, though, that the situation takes attention away from former President Trump, who also faces accusations of mishandling classified documents.