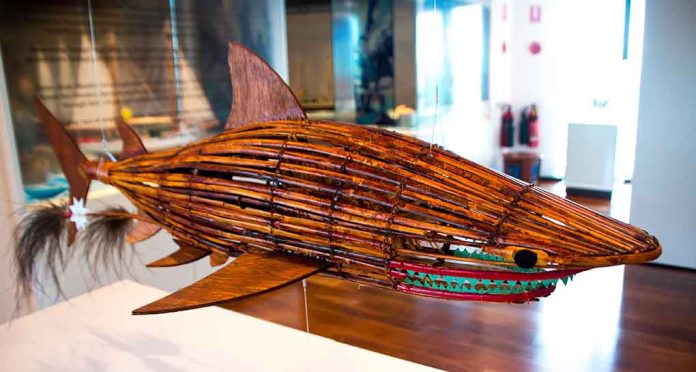 (RepublicanNews.org) – Breitbart is accusing President Biden and his administration of engaging in yet another financial faux pas this week. In an exclusive report first published on July 6, the news outlet drew attention to the State Department’s Art in Embassies (AIE) program that recently spent a whopping $2 million in taxpayer funds on “inclusive” artworks.

According to the report, the Biden administration bought 11 pieces of indigenous art ranging in price from $42,500 to $350,000 each. However, the government intends to display absolutely none of these new assets in the United States. Instead, the pricey pieces will travel to Rio de Janeiro, Maputo, Mexico City, Nairobi, Guatemala City, Podgorica, Hyderabad, and Tegucigalpa for display there.

The artwork in question apparently runs the gamut from tapestries to mixed media, paintings, murals, and sculptures. A State Department memo first obtained by Breitbart earmarks the creative works for inclusion in new building designs and claims they will be used to help hide unsightly security measures. The “accessible imagery” will allegedly also serve as “cost saving wall surfaces,” although it wasn’t entirely clear exactly what that means.

The AIE program’s overarching goal is to help form stronger connections between the US and countries that agree to host the art. According to quotes found within the same document, it draws attention to both cultures and provides an active platform for face-to-face conversations, supporting enhanced diplomatic ties.

The United States continues to struggle with a long list of socio-economic issues right now, including record-high inflation rates, sky-high fuel prices, and an increasing gap between the rich and the poor. Yet, President Biden’s administration finds it necessary to spend almost $2 million on artwork that will mostly help locations in other countries become more visually appealing. Is that the best use of taxpayer funds right now?

Senator James Lankford (R-OK) has strong feelings about President Biden’s spending record. Back in April, he blasted the DNC leader for blowing nearly $10.5 trillion during an appearance on the Senate floor. But he was also careful to point out that the amount spent isn’t what truly matters — instead, it should be about whether the government is using taxpayer funds wisely.

While $1.9 million may seem like a drop in the bucket compared to other government spending accounts, it’s still a lot of money. Furthermore, it isn’t clear exactly how it benefits the American people at a time when so many are crying out for aid. Even the purchase of famous artworks for our own museums would make more sense; at least those assets would remain in US hands.