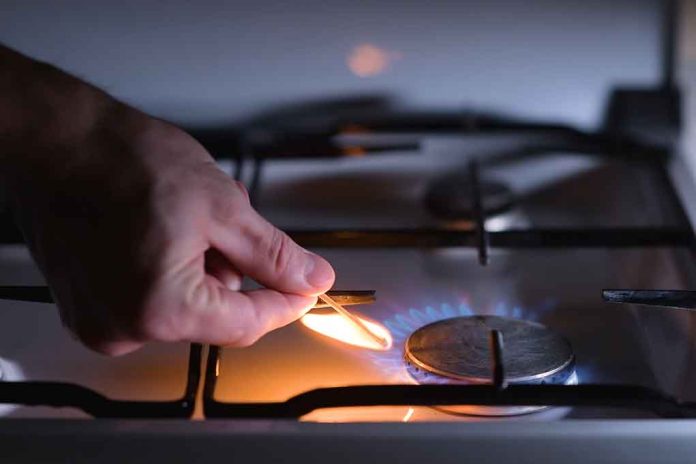 (RepublicanNews.org) – The Biden Administration is giving mixed signals on banning gas stoves in the US. Democrats have targeted the common household appliance used by millions as the next environmental and health hazard they believe should be taken away as a consumer choice.

New York Governor Kathy Hochul announced Tuesday that she plans to ban gas heating and appliances in new homes in the Empire State. Left-leaning politicians and activist groups pushing for natural gas appliance bans cite an Australian study that claims that more than 12 percent of childhood asthma cases come from gas-fired appliances in the home.

The message from the Biden administration is unclear and seems to change by the day. On January 9, a commissioner for the Consumer Product Safety Commission said a ban on “a ban on gas stoves is on the table” as the CPSC discusses “harmful indoor air pollutants.”

Commissioner Richard Trumka, Jr. (son of the late AFL-CIO labor leader Richard Trumka) told Bloomberg News that products that “can’t be made safe” should be banned. He did not offer details on how widely used natural gas furnaces and cookstoves had recently become unsafe and why they should be considered for a legal sales ban.

Alabama Republican Gary Palmer responded to Trumka Jr.’s statement by saying “unelected bureaucrats” should not have the power to make such decisions.

Responding to Palmer, Trumka Jr. said the CPSC isn’t “coming for anyone’s gas stoves” and emphasized that consumers can “choose” to switch to electric appliances and get an $840 rebate from the government as part of the Inflation Reduction Act.

The rapid turnabout from a CPSC Commissioner may be evidence that the Biden administration is sensitive to political and consumer backlash and may explain the ambivalent messaging coming from the White House.

The Australian study targeting the abundant energy source was published in December 2022. It claims that almost 13 percent of childhood asthma is attributable to gas stoves, which the study claims are on par with the health effects of second-hand cigarette smoke.