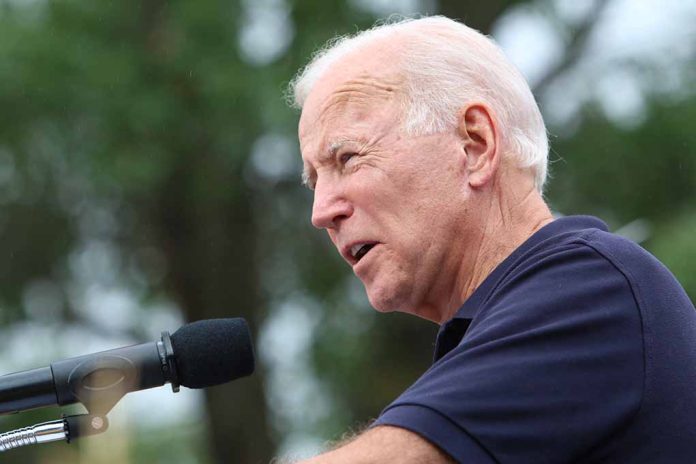 Biden Just Used The F Bomb During His Florida Trip

(RepublicanNews.org) – While many citizens hold the President of the United States to a higher standard than the average American, they’re still human beings just like anyone else. Joe Biden is known to have misstatements and gaffes. However, his recent visit to Florida in which he dropped an F-bomb showed America the president may be an average Joe.

Biden was speaking with Ray Murphy, the Mayor of Fort Myers, declaring the two were raised the same way. Murphy agreed, then the president asserted that “no one f***s with a Biden.” The vulgar and unexpected nature of the 79-year-old commander in chief’s remark came just after he told people in Florida he could sympathize with them.

The president explained his house had caught fire in 2004 after a lightning strike and that his family lost a good portion of their home. Biden admitted they didn’t lose everything like countless people in the Sunshine State did, but that he understood the anxiety, concern, and fear many were feeling not knowing if their families were going to be okay or where they were going to sleep.

The president’s Florida trip comes about a week after Hurricane Ian devastated the region with destructive winds and flooding, destroying thousands of homes leaving many more uninhabitable.