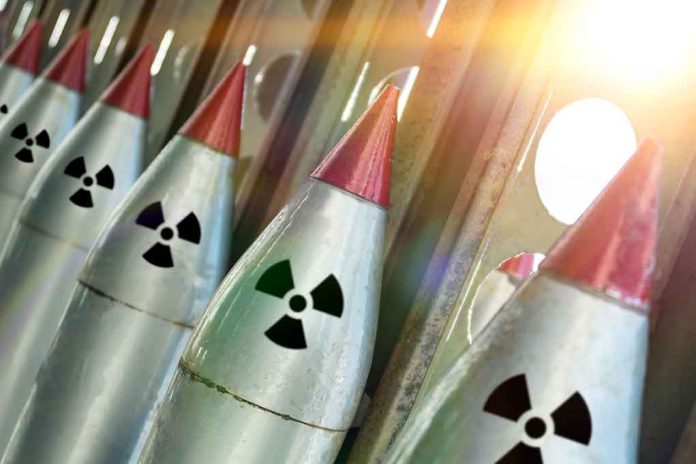 (RepublicanNews.org) – The Nuclear Posture Review, last released in 2018, is a breakdown of the US military’s position as a nuclear power. It determines the course of strategy as well as diplomacy for its administration. President Joe Biden’s administration plans to release an updated version in 2022, prompting concerns that the commander-in-chief might opt to take a dangerously weak stance. Like so many other Biden policies, a rollback to Obama-era thinking could be a critical and costly mistake.

Nuclear weaponry wouldn’t even be on the table in a perfect world. However, the reality is that they do exist — and foreign powers seem all too ready to use them. As long as they remain present in our world, countries such as North Korea and Iran will try to get their hands on them.

On the other hand, Russia and China already own significant stockpiles of nuclear missiles and warheads. Russia is home to the largest collection globally; the US comes in second.

The only way to continue to project strength is to stay the course and let America’s would-be adversaries know: Mutually assured destruction is real, and the US won’t back down.

Similar sentiments are being relayed in Congress by Republicans in both chambers, many of whom are fed up with President Biden’s insistence on lowering America’s defenses. They say questionable policies could allow enemies to approach the US on a level playing field, giving diplomacy the first strike at a win — or a devastating loss.

Senator Jim Inhofe (R-OK), a ranking member of the armed services committee, says the idea of scaling back our arsenal or position in any way projects weakness during the worst crisis in Europe in decades. In a recent statement, he expressed concern that Biden seemed inclined to unilaterally disarm the country by listening to advocates of “no nuke” and “no first strike” policies. Both stand to jeopardize national security.

Biden continues to struggle in developing his own policies in the Oval Office. Suppose his review reveals yet another reversal of a Trump-era policy. In that case, he’ll likely roll the guidelines back to when he served as Vice President under former President Barack Obama.

Obama’s 2010 review called for a simmering of tensions during a different time. It specifically labels Russia a “non-threat” and uses that position to justify relaxed rules.

Obviously, times have changed. Former President Donald Trump’s 2018 review reflected a clear need for a shift by calling for the return of a sea-launched cruise missile Obama eliminated as unnecessary. The reinstated weapon could deter Russian President Vladimir Putin from using his current arsenal.

Until President Biden releases his report, the American people won’t know where they stand as a world superpower. Russia already has hypersonic missiles so fast that there’s no way to defend against them. Should The US commander-in-chief decide to go back to the Obama administration’s softness and naivety, the future will become even more uncertain.

Considering the war in Ukraine and Putin’s antagonistic view toward countries imposing sanctions, Biden’s next moves could be pivotal and may even determine how far the Kremlin will go in its grab for power.