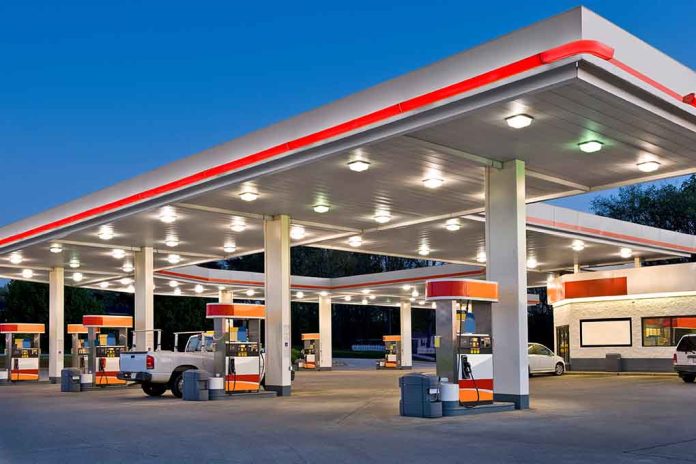 (RepublicanNews.org) – America is struggling with record-high gas prices, which have also helped drive inflation through the roof. While it may not land entirely on Biden’s shoulders, many Americans feel the current economic situation is his fault. The president claims he’s doing what he can to lower prices but then mocks the oil industry for presenting him with a plan to lower fuel prices.

Biden has been especially critical of the oil industry. He believes significant players aren’t making enough products and need to ramp up production.

Chevron CEO Michael Wirth snapped back in a letter to the president, saying his company wanted to assist the White House in combating high fuel prices but felt Biden’s poor attitude toward the industry was a major roadblock.

Wirth noted the president’s tendency to criticize the industry openly and pointed out that Biden has in some cases even attempted to vilify it. He also pointed out that this attitude does little to solve the ongoing issue of skyrocketing prices and low production volumes.

According to Wirth, the industry presented Biden with a 10-point plan after noting several potential administrative actions that might lower prices. The Chevron CEO and other contributors took a serious and professional approach in the memo, hoping to inspire cooperation. President Biden apparently used the opportunity to mock Wirth instead, calling him “mildly sensitive” while talking to reporters on June 21.

How does mocking an oil executive serve in bettering life for people in the US? President Biden’s actions and apparent resistance to working with the oil industry may result in fuel prices remaining high for years as the government and the industry argue instead of finding new ways to work together.