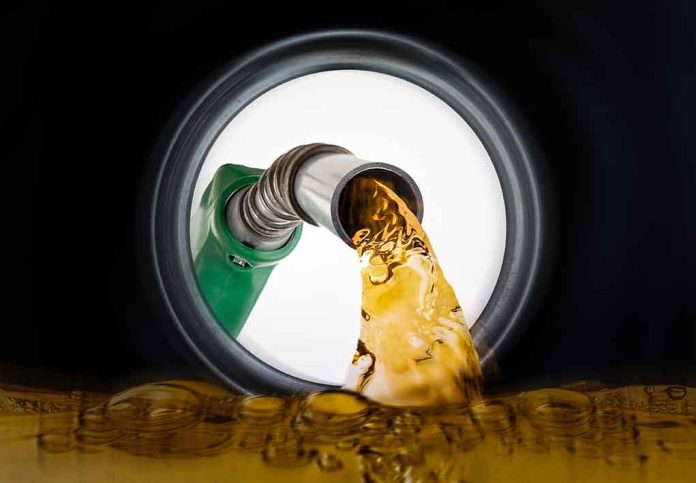 Biden Bails Himself Out Of Another Crisis

(RepublicanNews.org) – As climbing fuel prices continue to break records, the Biden Administration claims it’s doing its best to slow the surge. The president has already released oil from the nation’s Strategic Petroleum Reserve to bring costs down. Now, he wants to tap yet another emergency supply to address diesel prices.

Diesel plays a critical role in the US economy as well as America’s transportation and construction industries. Without it, many supply chains would grind to a halt. Yet, New England is currently facing one of the most dramatic shortages in decades.

Biden hopes to release diesel reserves from the Northeast Home Heating Oil Reserve (NEHHOR) to fix the problem. Leaders last tapped into it shortly after Hurricane Sandy in 2012.

According to data from the US Energy Information Administration, east coast diesel inventories are at the lowest rate ever witnessed, dropping to just 21.3 million barrels at the beginning of May 2022. The region consumes around 1.53 million barrels per day. In other words, the East Coast could run out of diesel in just a little over one week.

While releasing the reserve may seem like the best choice, the NEHHOR stockpile only contains just over 1 million barrels of diesel — that’s about 65% of New England’s total daily consumption.

Lipow Oil Associates president, Andy Lipow, told CNN that Biden’s solution isn’t actually fixing the problem. He called the move a “band-aid” that may work for now but isn’t likely to last. Lipow said that no matter how the president tries to patch the issue, the core problem still remains.

Biden’s “cure” addresses symptoms rather than resolving the root cause of the shortage. It is a temporary relief at best, and that’s the worst way to deal with a problem because then it has a chance to get even more out of control. Isn’t it time for a real fix?