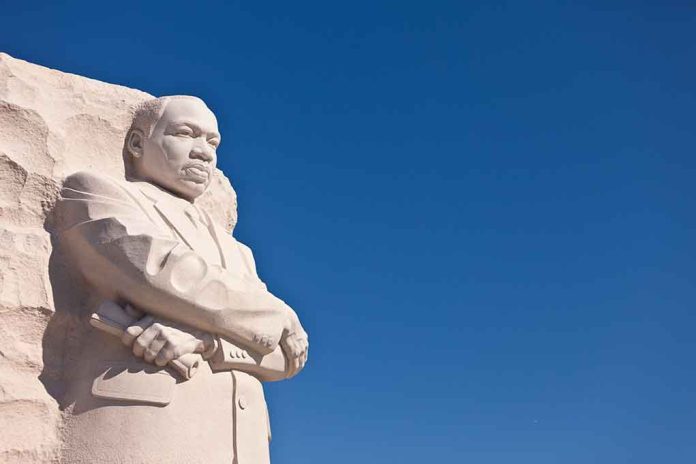 The president also pushed back on a House bill that would restrict the US from selling any oil from the Strategic Petroleum Reserve (SPR) if that oil would end up exported to China. Critics have taken aim at Biden’s decision to sell off an unprecedented number of oil barrels in 2022. At one point, the SPR dipped to a historic low of fewer than 400 million barrels.

In his characteristically aggressive manner, Biden asked the crowd “what in God’s name” Republicans were on about, saying he’d veto any such bills that reached his desk.

Perhaps because of the political views held by his audience, Biden leaned heavily on proposals aimed at black Americans. The President talked about the importance of black generational wealth and said the country has to “chip away” at the “racial wealth gap.”

The National Action Network is an organization founded and run by civil rights figure Al Sharp. The January 17 breakfast meeting gave Biden a chance to burnish his credentials on issues Democrats believe are important to black citizens.

Biden told the crowd he has “delivered” for black Americans, but needs help getting what he calls voting rights legislation moving through Congress again.

Speaking about “racial justice,” Biden told attendees that US police need to be retrained to use deadly force less frequently. His remarks seemed to indicate that Biden believes police officers frequently default to using deadly force when non-violent means would be a better choice.

There is no solid evidence that US police in the general shoot to kill excessively or unnecessarily.