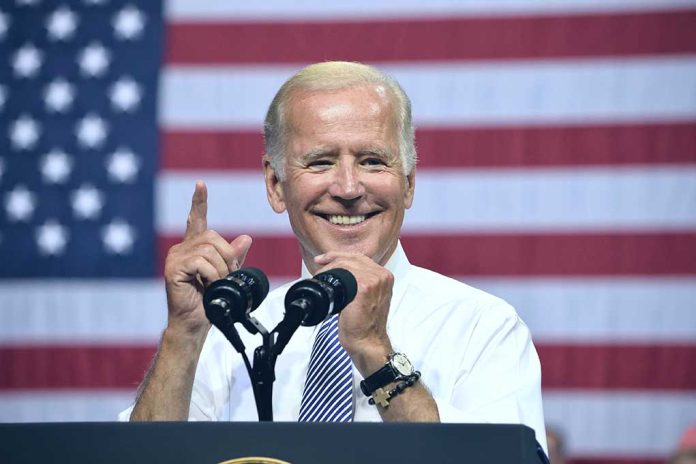 (RepublicanNews.org) – Asked by reporters on Jan. 6 if he was planning on going to the border, President Biden replied, “That’s my intention.” It’s unclear when Biden will make the stop, although he is scheduled to travel to Mexico City on Jan. 9 and 10 for meetings with the leaders of Canada and Mexico.

For The first time, Biden had visited the border since taking office in January 2021, when around 4 million immigrants illegally entered the U.S.

Republicans have made it clear that they believe the current crisis is entirely the fault of policies pursued by the Biden administration since assuming office, accusing it of “actively eliminating almost every tool America has to secure our Southern border.”

Gov. Greg Abbott of Texas became so frustrated by the ongoing disaster that he decided to bus thousands of migrants to “Sanctuary Cities” in blue states, taking advantage of their self-declared willingness to welcome those in the country illegally. This resulted in predictable outrage from the Democratic Mayors of New York and Washington D.C., who found themselves having to make good on those promises.

Mayor Adams of New York declared a state of emergency in October 2022, requesting $1 billion in aid from FEMA to support the 30,000 new arrivals from the border. Mayor Bowser of D.C. has also requested additional funding from the federal government to support immigrant programs.

Gov. Abbott is unrepentant about using his bussing program to highlight the impact of the border crisis, noting that before it began, Texas and Arizona bore the brunt of the chaos, whereas “Now, the rest of America can understand exactly what is going on.”