(RepublicanNews.org) – President Biden recently attended a White House correspondents’ dinner (WHCD). He is the first president to do so in six years, as he points out in a video of the event. But while the guests and Biden himself seem to be having a great time in the clip, the dinner came at a steep non-monetary cost. Leaders are deeming the recent supper a “super-spreader event.”

Hypocrisy at its Finest

Former President Donald Trump liked to hold rallies throughout the country during his time in office. His supporters adored the many exciting events and the opportunity to celebrate his leadership style. After COVID-19 struck, health concerns forced Trump to put a temporary stop to the public meetings.

He did hold a handful of events before Election Day. Democrats quickly labeled the meetups “super-spreader events” and accused Trump of willful negligence.

Biden’s WHCD is now facing the same accusations after several attendees came down with the virus. All were vaccinated and boosted against COVID-19.

One might even call the dinner a “super-spreader event,” especially after they realize that not a single person was wearing a mask while present. Yet, the Centers for Disease Control and Prevention still suggests that those traveling by air and public transportation must don a mask.

Biden, for his part, feels the dinner was an important way to show America it’s getting through the pandemic. In reality, the WHCD made more people sick.

Republicans, Trump, and the American People

Biden didn’t waste any chances to throw shade at Republicans and his predecessor. There were several instances where the president openly referenced Trump or outright insulted him. He also poked fun at Republicans in general. But the most common target just happened to be the American people.

Biden pointed out that reporters from Fox News were in attendance; all were fully vaccinated and boosted. He asked Americans to question how the journalists managed to follow the same path when, in his opinion, anti-vaccine sentiments stem from Fox’s reporting.

The President of the United States laughed about his poor approval ratings, claiming the audience likely had a worse rating than he did. It’s nice to see that President Biden finds his failures funny; he’s likely the only one. Americans are struggling to survive due to record-high inflation impacting prices of fuel, food, and other essentials.

The economy and inflation force people to decide between groceries, gas, and paying their rent/mortgage or utilities. Yet, Biden thinks his approval rating is something to joke about.

Perhaps the real takeaway here is the actual numbers. Dismal approval ratings perhaps reflect dissatisfaction with Biden’s job and how his decisions have harmed Americans. But hey — at least they got to have their fancy dinner surrounded by people without masks while spreading the very virus that forced the entire country into lockdown. 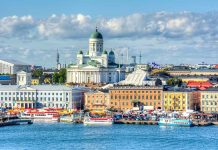 PETA Lashes Out at Elon Musk for Enjoying Chocolate Milk 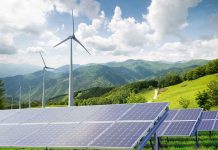 Why Democrats, Not Republicans, Are Responsible for Delay in “Green” Future