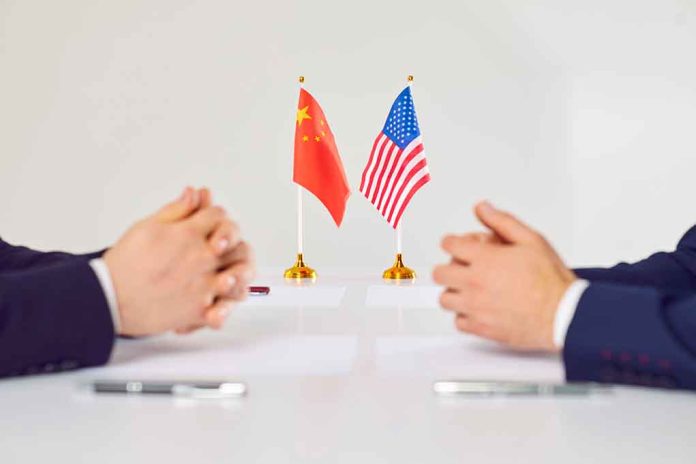 (RepublicanNews.org) – International leaders from all across the world came together on November 14 in Bali to attend the Group of 20 (G20) summit. The event aims to provide an in-person space for the people in charge to discuss and work out issues of importance that affect the global economy. It also serves as an opportunity to strengthen diplomatic ties. President Joe Biden stepped up to that task by officially meeting with Chinese President Xi Jinping.

While China and the US often seem to be at odds over everything from foreign policy to the issue of Taiwan’s independence, the two leaders reportedly found at least some common ground this time around.

Biden, for his part, specifically told Xi that the two countries must work out their differences and keep open the lines of communication. “We share a responsibility… to show that China and the United States can manage our differences,” he explained. “I believe this is critical.” The president also specifically targeted ongoing issues of food insecurity stemming from what many people believe is climate change. He told Xi Ping that the US would gladly help China address the matter — but only if the country was prepared to step up to the plate.

Xi Ping also seemed remarkably receptive to finding solutions. He opened his commentary by initially looking to the past, praising the US and China’s long-standing relationship and stating that it should serve as an educational beacon for moving forward in the future.

The Chinese president also admitted to the currently lackluster state of relations between the US and China. “It is not what the international community expects [from] us,” he lamented. “[A statesman] should know how to get along with other countries.”

Both President Biden and Xi Ping expressed hope that the two nations would not only work out their differences and learn how to compete responsibly but also find ways to encourage world peace.

But not everything that happened in the public eye was viewed through such rose-colored glasses. According to The Hill, tensions rose at least slightly when an American reporter spoke up and asked Biden if he intended to talk about human rights transgressions in China. Whether or not the two men discussed the hot-button problem, or the ongoing threat of a Chinese invasion into neighboring Taiwan, remains unclear.