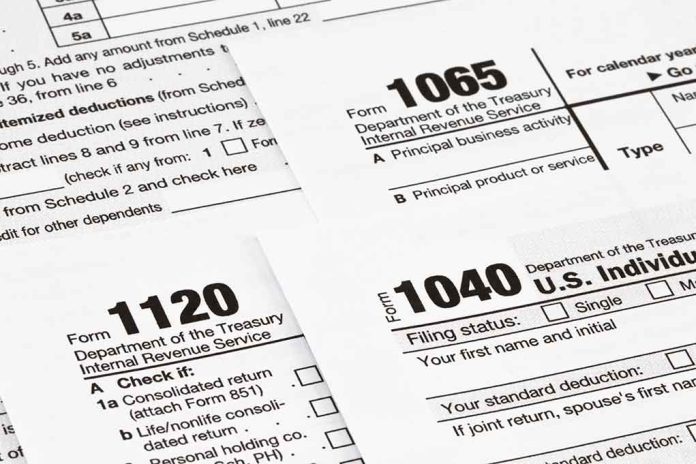 (RepublicanNews.org) – President Joe Biden released his federal budget on Monday, proposing huge hikes in spending. The new plan bumps defense funding by 4%, bringing it to a total of $817 billion. Non-defense spending will increase by 5%, coming in at $769 billion. The heavy price tag could have severe ramifications for American companies and investors.

President Biden on Monday proposed raising taxes on the wealthiest Americans and corporations, outlining several initiatives in his 2023 budget aimed at closing loopholes that allow the rich to lower their tax bills. https://t.co/5MKJuHGx6Z

According to the Oval Office, the plan is to tax the wealthy. Families and companies worth more than $100 million would pay a minimum 20% tax on their incomes as well as their unrealized appreciation. Unrealized appreciation is earnings or equity from investments or assets that haven’t been paid out yet. Investors who buy stocks, for example, and see large gains, don’t pay taxes on them until they sell the stocks.

Biden’s plan seeks to attack generational wealth, forcing some of America’s oldest families and most profitable companies to pick up so much of the slack that it risks serious consequences for the economy. Companies forced to come up with the unrealized portions of their assets in a single tax year may need to look elsewhere to satisfy investor needs. In that case, the federal government’s actions could end up causing layoffs, business closures, price hikes, and other negative consequences for American families.

Will the plan work, or will it ultimately backfire?