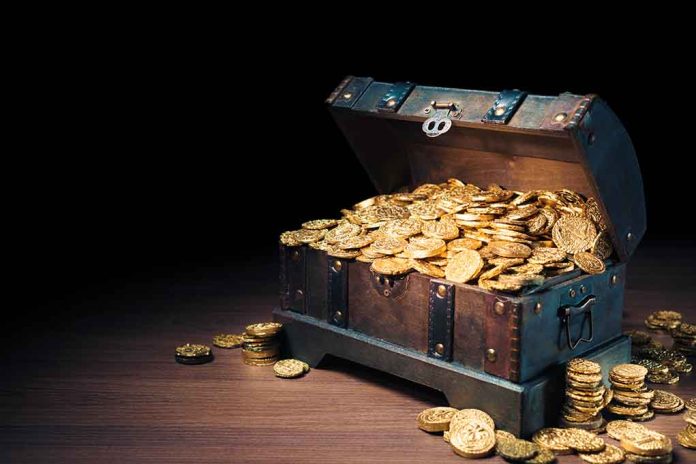 Actor Tells An Embarrassing Story He Should Have Kept To Himself

(RepublicanNews.org) – Nothing seems to enchant and excite the human race like tales of undiscovered riches. From shipwrecks to buried hoards from the American gold rush, just about everyone loves to fantasize about being the one to unearth a treasure trove of wealth all for themselves. Sadly, rumors about hidden wealth aren’t always accurate — a lesson that actor Brad Pitt once learned first hand.

Brad Pitt says he spent a year searching for buried treasure on his French estate because someone lied to him about it https://t.co/WRlCWDcx5g

During an interview with GQ, Pitt talked about how a man approached him years ago, telling him there were millions of dollars worth of treasure on his 1,000-acre French estate. That’s the same property where he makes the very successful Château Miraval. The unnamed individual’s claims intrigued the actor so much that he became obsessed with locating it.

The only problem? That rumored treasure didn’t exist. Pitt eventually realized the man was pulling his leg in a bid to try and get him to invest in radar equipment.

Pitt credits his time growing up in the Ozark Mountains, a common location for legends about hidden caches full of gold, inspiring his short-lived obsession. But while the story might make him seem a bit gullible at first, he isn’t at all ashamed of his year-long treasure hunt. Instead, the actor found the search enjoyable, even if he felt a little bit foolish for believing the man at first. Perhaps the fun of the hunt is what matters the most.