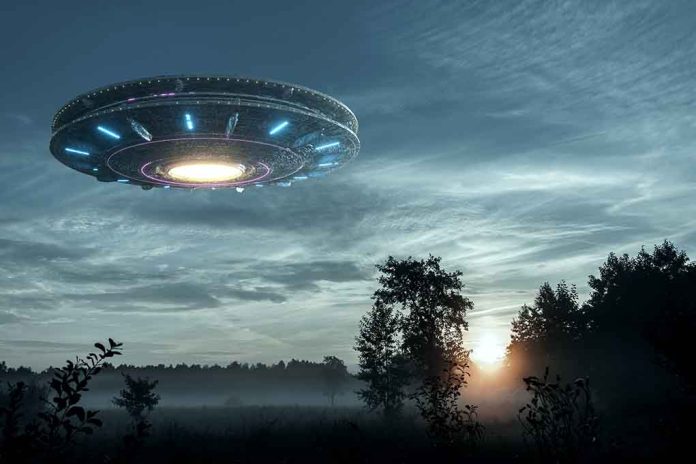 (RepublicanNews.org) – Canada and the US have been allies for decades despite taking different approaches on several matters. With the growing amount of recent interest in unidentified flying objects (UFOs), also known as unidentified aerial phenomena (UAP), it was only a matter of time before countries began admitting to their existence. The US has already publicly admitted that its military has recorded multiple encounters, leading Canada to ask its southern neighbor to share what it’s learned about the phenomena.

According to a report from Vice News, government officials in Canada have agreed to work with the US to share data. In a letter, John Hannaford, Deputy Minister of Natural Resources, detailed how the US and Canada should share any future information about UFOs, citing a mutual priority to protect nuclear facilities.

Conservative lawmaker and Manitoba Parliament member Larry Maguire asserted that the US Congress was taking the issue seriously before declaring Canada’s government should follow suit.

Maguire, New Democratic Party member Matthew Green, conservative lawmakers Raquel Dancho, and Kerry-Lynne Findlay are calling on Canada’s federal government to begin paying attention to relevant incidents in the US. The first Congressional hearing regarding UFOs in half a century detailed how the US Department of Energy has been a partner of the Pentagon’s UAP office.

Maguire believes Canada needs to take “a whole government approach” in collecting UAP data, including information the Canadian Nuclear Safety Commission may have, much like the Nuclear Regulatory Commission has done in the US. Will seeing America’s perspective help Canada gain information on UFOs?