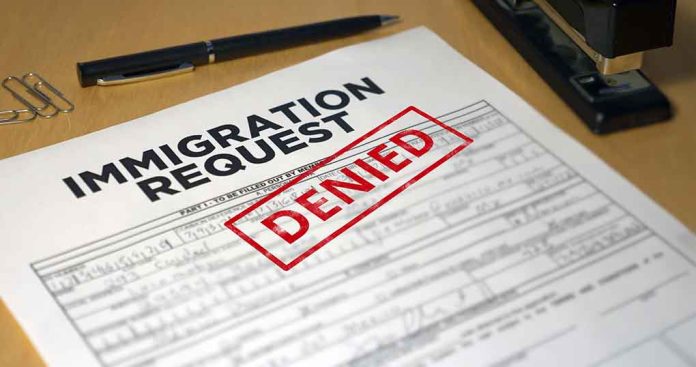 (RepublicanNews.Org) – The ongoing crisis at the southern border allows not only illegal immigrants to flood into the country but also dangerous amounts of narcotics. Speaking to Fox News, U.S Attorney for the Southern District of California, Randy Grossman, confirmed that his office would be maintaining its focus on cartel-linked drug traffickers and dealers.

Sixty percent of all fentanyl seized in the United States is found at the U.S.-Mexico border, where tens of thousands of cars can enter through a single Port of Entry daily. Border patrol agents use inspection technology to scan cars for suspicious packages, as well as trained dogs. Drug packages can be concealed in any void space in a car; behind door panels, under spare wheels, or even in gas tanks. A fentanyl package about the size of a brick will have a value of a couple of hundred thousand dollars.

Border patrol are also searching people, as cartels will offer migrants cash to carry a package of fentanyl with them while they cross the border. Agents have observed an increasing trend for these ‘mules’ to be minors.

Cartels have also been tunneling under the border. Earlier this year, Homeland Security discovered a tunnel stretching 1700ft between Mexico and California, which even had electricity and train tracks.

The end of Title 42, a Trump-era policy that allowed the U.S. to expel migrants on public health grounds, is expected to increase these illegal border crossings dramatically and, thus, the amount of fentanyl entering the country. The policy was due to expire on December 21st, but an appeal by a group of 19 Republican Senators to the Supreme Court has resulted in an administrative stay, temporarily pausing the rollback.

Texas Attorney General Ken Paxton, who filed the motion for retention, commented “The fight to keep Title 42 in place continues.”