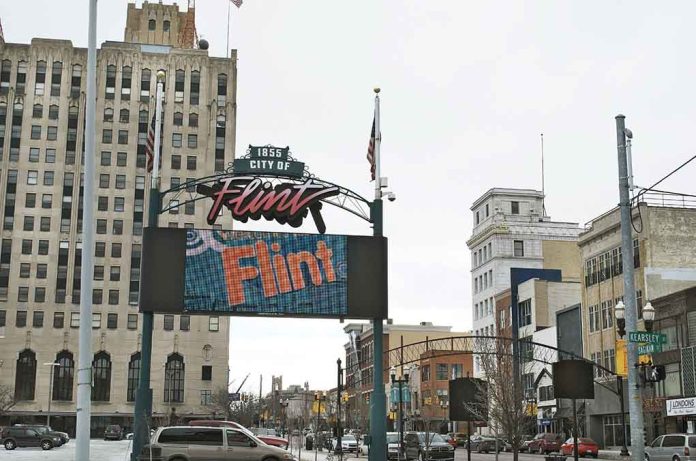 (RepublicanNews.org) – Flint, Michigan, officials made fateful adjustments to the water supply for residents in April 2014. Instead of leaving the system to pull its water from the original source, they changed it to the Flint River to save money. The move enabled lead-laden water to feed into local homes, poisoning many residents. Nine officials had been charged with crimes relating to the incident.

On October 4, Genesee County Circuit Court Judge Elizabeth Kelly dismissed the charges against seven of those originally indicted. The magistrate said the “charges were invalid” because they came from a “one-judge grand jury.”

Among those let go included the former Michigan Department of Health and Human Services director and the former chief medical executive. The men had faced up to 15 years in prison for the parts they played in the deaths of nine people. Two other participants, Richard Baird and Jarrod Agen, also had multiple felony charges that could have sent them each to jail for up to five years. Their cases were among those dismissed as well.

In June, the Michigan Supreme Court tossed the charges against former Governor Rick Snyder and others for the same reason. The justices stated a one-judge grand jury lacks the power to “issue indictments.” The ex-leader still faces misdemeanors related to the scandal.

Sadly, a dozen people in Flint died from the tainted water supply, and over 80 others developed sicknesses. A quarter of those who live in the area admit to having post-traumatic stress problems as a direct result of the ordeal.