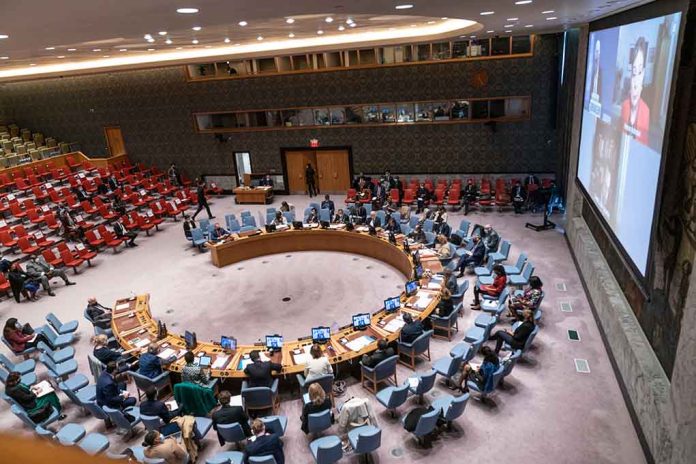 (RepublicanNews.org) – Russia has been fighting with Ukraine for a month now, with no end in sight. Several nations in the United Nations Security Council recently met to discuss the conflict and essentially condemn Russia. While most of the council attacked Russia, its close ally China stayed loyal to President Vladimir Putin.

During the UN’s March 23 session in New York, Russia submitted a resolution calling for humanitarian aid in Ukraine. The council voted to reject the resolution because it omitted Moscow’s responsibility in the conflict. Russia only required nine countries to vote in favor of the resolution and zero votes against for the council to adopt it. Only Russia and China voted in favor; other countries, including India, the US, the UK, abstained.

India, along with 12 other UNSC members abstained from the resolution that failed at the #UNSC meeting with only #Russia and China voting in favour. #RussiaUkraineWar #russiaukraineconflict #UkraineWar https://t.co/BlKlcWtZGz

Chinese Ambassador Zhang Jun didn’t stray away from China’s stance of not declaring Russia’s actions as a war or invasion. He instead claimed the council needed to address the crisis, focusing on humanitarian aspects regardless of political differences, refraining from identifying an aggressor or who started the conflict.

Jun also said that China and the international community would benefit from an immediate cease-fire. He expressed regret over the fact that the UN Security Council failed to reach an agreement.

China and Russia have become strong allies, with both countries relying on each other for trade goods. As China continues to trade with Russia, it feeds the war machine. Should the US and other Western nations begin punishing China and the Chinese Communist Party?