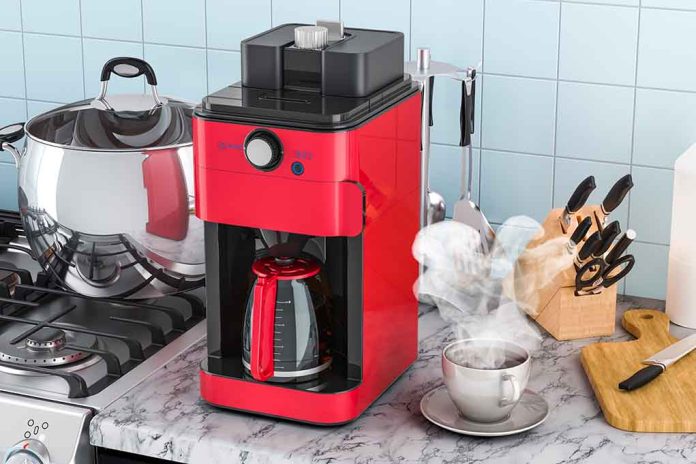 (RepublicanNews.org) – China has a reputation for collecting data on people, not just in their own territory but worldwide. As one of the world’s largest producers of electronic goods, the communist country has plenty of opportunities to harvest information. It now appears that companies within the foreign country may be using smart coffee makers to further unknown intelligence goals.

A report from Bloomberg View contributor Christopher Balding on smart coffee machines in China outlines claims that the devices funnel data to the Chinese government. While the information collected during your morning cup of joe may seem uninteresting, it can still be useful for many different reasons.

Balding’s report mentions that coffee machines could collect payment information through commercial use applications. In a residential setting, the devices could collect location and time or use data instead. By triangulating these little bits of seemingly dull data, it is sometimes possible to discover the user’s name, usage patterns, or relative location.

For this very reason, Chinese sources aren’t only concerned with high-value data, such as military secrets. Just knowing how many times a person makes a cup of coffee on any given day can help companies market new products or boost sales.

As a major manufacturing force in the world, China sends its products to a number of countries, including the US. Former Trump Deputy National Security Advisor Matthew Pottinger testified to Congress that China collects and uses data on US citizens in many different ways.

In his testimony, Pottinger claimed that China had already harvested enough data to create a dossier on every American. He believes the creation of dossiers is standard in all Leninist regimes but is especially prevalent in China. The foreign country then uses these dossiers to target people from across the globe, influencing, intimidating, blackmailing, and humiliating them in a “divide and conquer” strategy.

What makes China’s involvement so remarkable is its access to modern technology; it can effectively take data harvesting efforts to the next level.

Is China really using smart coffee makers to collect US citizen data? Given how much the average American loves a good cup of joe in the morning, it’s certainly possible. Some may wish to stick with old-school percolators or a French press for now instead. Still, if coffee makers aren’t even safe, what other types of devices could also be spying on the American people?