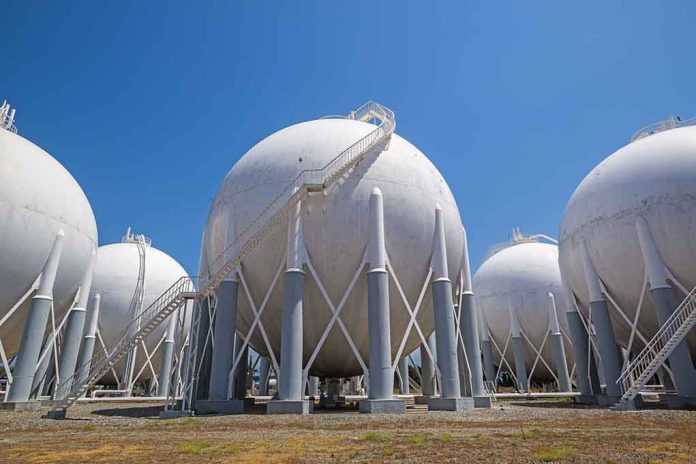 (RepublicanNews.org) – The Ukraine-Russia conflict continues to rage on. The world watched in disbelief as Russia attacked Ukraine on February 24. Coincidentally, that’s the same month that China decided to buy double the amount of gas from Russia. Could there be a connection?

It’s no surprise that Russia and China have become close allies. They share a border and hold similar views toward Western countries, especially the United States. Both regions make plenty of money from each other; China and Russia regularly trade exports and imports.

Not too long before Russia launched its attack on Ukraine, President Vladimir Putin and President Xi Jinping held a meeting. The two world leaders emerged with an update on their bilateral relationship, claiming it contained no prohibited areas of cooperation.

It’s no surprise that China buys a majority of its gas and oil from Russia, as the latter is one of the largest producers of fossil fuels, namely natural gas and crude oil.

According to Bloomberg, which used data from China’s customs officials, the Chinese government bought 401,000 tons of liquified natural gas (LNG) in February, making up about 8% of the country’s LNG imports for that month. Relying on Chinese customs data, The Epoch Times reported that China also bought 12.67 million barrels of crude oil from Russia since the beginning of 2022.

Quartz adds that China is a major exporter of electronics, machinery, and vehicles. It also happens to be the largest source of imports for Russia. The news outlet’s calculations show that exports to Russia spiked by 40% between January and February of 2022 compared to the same period last year. China also increased its imports by 36% in the same timeframe.

China’s importation of energy from Russia provides the country with much-needed revenue. Western countries have imposed severe sanctions on Russia, nearly crippling its economy in response to aggression against Ukraine. Western leaders hope by sanctioning Russia, they’ll be able to bring the conflict to an end.

Their theory is simple: If wars cost money, kinking the flow of capital should grind the war machine to a halt. Whether or not it’s sound, though, is a different story. The Chinese government vows to remain neutral in this conflict, but officials don’t plan to stop trading with their neighbor anytime soon. With China still providing much-needed revenue to Moscow, Russia continues to have direct access to millions of dollars in funding for its war.