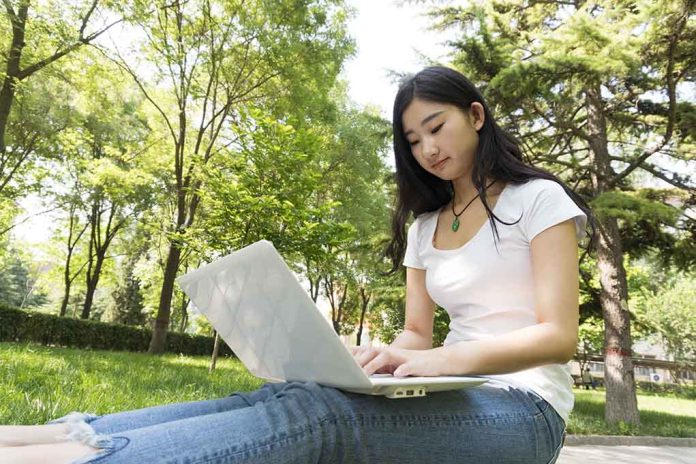 (RepublicanNews.org) – Republican congressional candidate Lily Tang Williams, a Chinese immigrant, had much to say about K-12 schools attempting to indoctrinate America’s children during an exclusive interview with Fox News earlier this week. Williams would know; she personally witnessed Mao Zedong’s disastrous Cultural Revolution in the 1960s.

The GOP hopeful said she sees parallels between those tumultuous days, which eventually ushered in an era of Communism in China, and the current-day state of the US. Williams, who is running for New Hampshire’s Second District seat in the US House, pointed out that Zedong believed young people had minds like blank pieces of paper: A person could manipulate them to make them believe just about any agenda.

Zedong’s tactics apparently often mirrored those Democrats use in modern-day America, creating identity groups and sowing discord between the oppressed and the oppressors. As Williams noted in her interview, the Chinese leader didn’t get to use race as a playing card in the same way as lawmakers in the US so often do. Yet, he still managed to divide the people of that nation and pit them against each other.

Williams fears the looming potential for a similar situation to unfold here on home soil, where she says American liberals are encouraging the indoctrination of children. She believes many left-leaning individuals and institutions — especially K-12 schools — want nothing more than to force young citizens into believing in socialism.

The GOP candidate also posited the theory that the government wants to form a close relationship with children to convince them their parents don’t truly understand them. It could then teach youths to rely solely on the government, a typical communist tactic.

As for what she would change? Williams staunchly believes in the importance of allowing parents to know what schools are teaching their children and giving them the power to choose the best institution for their kids. She remains optimistic about the state of our country, suggesting that parents are beginning to realize what’s happening in the US education system.

Williams lived through one of the most tumultuous periods of political unrest in the history of modern-day China. Should Americans tune in closer to her pleas?