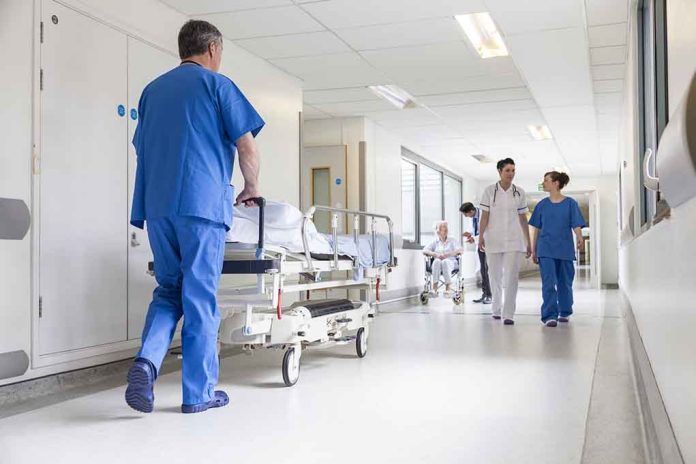 My brother – a Vietnam Vet suffered from PTSD his entire life as a result of the war.

He relied on the care of VA services, but he was not alone. Thousands of NYers rely on the VA Hospital, which is why @SenSchumer and I are fighting to keep it open. pic.twitter.com/vl5tNNYmrk

The VA’s report indicates that it intends to consolidate services at the two facilities, citing issues with public accessibility at the Brooklyn property, an overall decline in the veteran population, and age-related problems with both buildings.

Senator Schumer, however, is adamant about keeping the facilities open. The DNC leader vows to join the battle and fight for local veterans. “Not on my watch,” he exclaimed during a recent press conference just outside the Manhattan VA medical center.

Schumer presented a petition for residents to sign at the event, asking them to show their support. He also promised to use his political capital to take the issue to the White House if officials fail to respond. Whether or not President Joe Biden will help remains to be seen.

Brooklyn locals have rallied around the issue in a bid to halt the VA’s plans. Danny Friedman, president of the Vietnam Veterans of America’s Brooklyn chapter, says he’s been going to the VA clinic in Brooklyn since he got out of the army. “This thing’s gotta stand,” he explained, “we have to stand with it.”