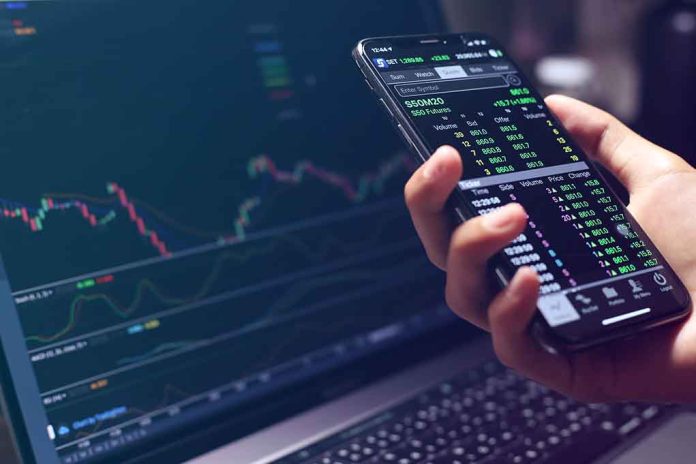 (RepublicanNews.org) – Progressives in the US House of Representatives recently expressed dismay over the chamber’s leadership failing to bring the controversial ‘‘Combatting Financial Conflicts of Interest in Government Act” to the floor ahead of the midterm elections. Several Democrats began pushing for a vote on the legislation, which would prohibit congressional members from trading stocks if passed, earlier this year. House leaders did not manage to secure a result before taking a long recess.

Head of House progressives says stock trading ban should have been "a no-brainer" https://t.co/Z7FiMTOs3t pic.twitter.com/lFsnrPbOMr

Representative Pramila Jayapal (D-WA), the head of the Congressional Progressive Caucus, criticized how her party handled the stock trading ban. During a press call, the Democrat noted there was a lot of disappointment surrounding the proposal.

Speaker of the House Nancy Pelosi (D-CA) appointed Representative Zoe Lofgren (D-CA), the head of the Administration Committee, to draft the act. Lofgren worked on the legislation behind closed doors, and the text made its way to the House only days before Congress was scheduled to take a recess that would extend until after the midterms.

Those pushing for a vote on the measure before the November elections were hoping to scrounge a bit more trust from the public. Some may have also been counting on the stock ban to increase their chances of victory during the midterms.

Jayapal indicated that she was wary of the bill’s timing, but stopped short of directly accusing House leadership of intentionally delaying the vote. The Democrat declared the upassed act a “no-brainer,” explaining that it had the necessary bipartisan support to get passed.

The trading bill would prohibit both members of Congress and their immediate families from trading, selling, or investing in stocks while they were in office. The potential ban gained popularity after several instances in which lawmakers violated existing regulations came to light.