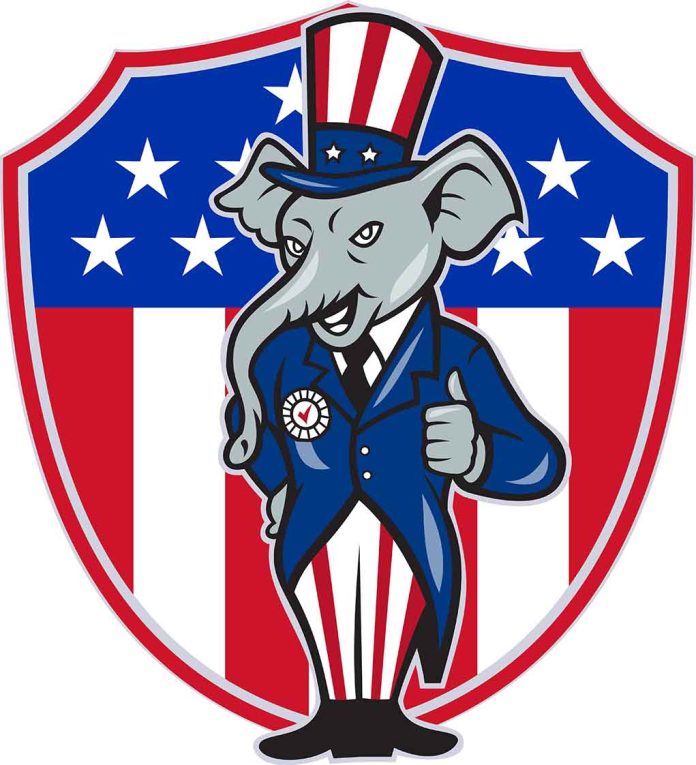 (RepublicanNews.org) – Republican lawmakers and activist groups are putting pressure on disgraced Congressman George Santos (D-NY) to resign his seat.  Santos admitted to “embellishing” his resumé, making up fictional accounts of his educational and financial achievements and his family background.

Santos, 34, claimed on social media and his campaign website to be the descendant of Jewish refugees from the Holocaust. The Jewish magazine The Forward’s investigation claimed the lawmaker was instead descended from Catholics who were born in Brazil before the Second World War.

Responding to the New York Post’s questions about his claims about his heritage, Santos said he was “Jew-ish,” not “Jewish.”

Santos’ website also claims he is the “first openly gay Republican elected to Congress.” Newsweek reports that despite his claim to be married to a man, no records could be found to substantiate this.

Skeptics are also questioning Santos’ claims about his personal finances.  In 2021 he said that he and his family hadn’t received any rent on 13 properties for almost a year, asking if landlords would “ever be able to take back possession of our property?” Santos later told the New York Post that he did not own any real estate and lived with his sister.

Pressing the identity card, Santos described himself in 2020 as a “biracial person.” When asked for details, Santos said he was “caucasian and black” but did not offer any clarification.

Like some other Democrats, Santos appears to have made emotionally charged claims that later turned out to be false. In a July 2021 Twitter post, Santos said, “911 claimed my mother’s life,” in response to a Twitter user who criticized him.

Yet later, in 2021, Santos again posted to Twitter, claiming that it had been five years since his mother’s death.