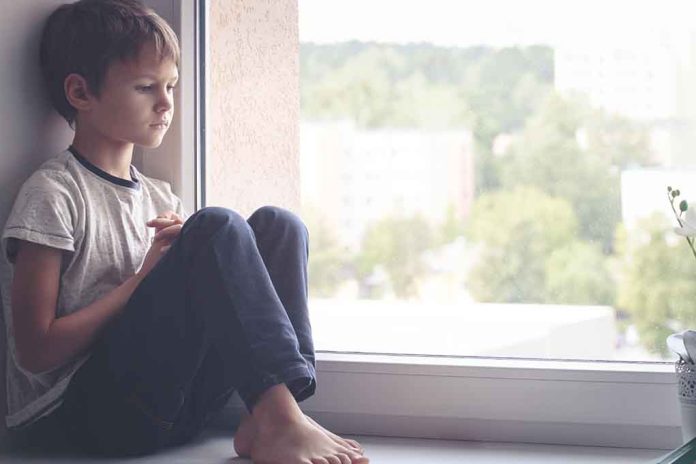 (RepublicanNews.org) – Some people are capable of committing unspeakable acts of cruelty. Horrific conditions one couple imposed have consequently changed the lives of three children forever. After suffering for two decades, the survivors may finally have an opportunity to feel some sense of security.

Horrible bastards 🤬 Monster couple forced children to eat off floor and scrubbed teeth until they bled in horror campaign of abuse https://t.co/9eBsrqpcIO

The kids were in the care of Christopher and Lorna Dennington. The couple mercilessly abused the three children anytime they misbehaved. Authorities charged both parents with multiple charges of child cruelty, which they both admitted to committing in court.

In one incident, the 47-year-old Lorna forced a young girl to eat her meal off the floor. When the child didn’t want to finish her food because she felt sick, Mrs. Dennington reportedly waved a knife in her face. The girl, now an adult, has an eating disorder due to being called fat and suffering ridicule in front of the other children in the Denningtons’ care.

Lorna subjected the other girl in her and her husband’s care to extreme humiliation when she would check her underwear for blood stains from the girl’s menstrual cycle. If Mrs. Dennington found any, she would beat the girl. In another incident, Lorna dragged both girls out of their beds and downstairs because one of them cut her hair without permission.

The boy in their care also suffered abuse. Mrs. Dennington forced the child into the bath after he came home with wet pants from playing in nearby water. The woman shoved the shower head in his face so he couldn’t breathe while chastising him for playing in the river. If the boy came home late, the couple would beat him, smashing his head into cupboards. Now, the victim says he automatically flinches whenever someone raises a hand around him.

The court sentenced the couple to only one year in prison.