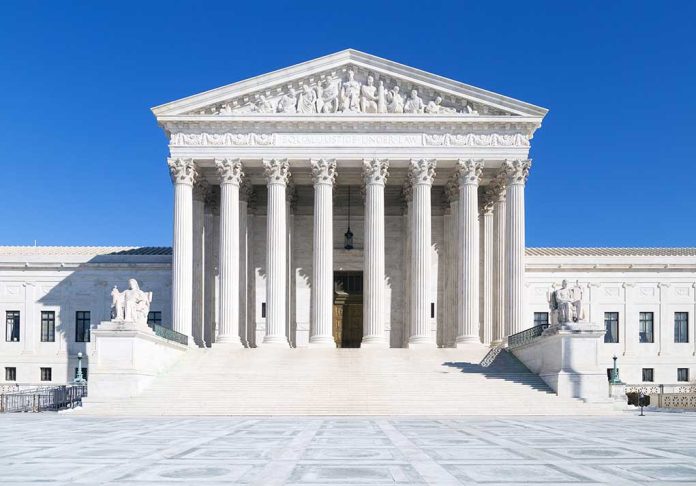 (RepublicanNews.org) – President Biden has finally picked a nominee to fill the spot Supreme Court Justice Stephen Breyer will leave behind as he looks to retire. It appears the president will keep at least one campaign promise as he has selected a black woman to serve on the high court’s bench. As she awaits her confirmation from the Senate, dark money groups proclaim their support for her.

Biden has nominated Ketanji Brown Jackson to the Supreme Court. SHOCKING! It's not like her name's been on a shortlist backed by millions of dollars in dark money since 2019. No, I bet Biden makes his own decisions, SOLELY based on merit. pic.twitter.com/O33zZMq9uF

One of these dark money groups is the politically associated and highly influential Demand Justice, which advocated for Justice Breyer to retire. Brian Fallon, the Executive Director of Demand Justice, declared the group’s expectations of the Senate to confirm Ketanji Brown Jackson to the Supreme Court bench, adding that Demand Justice will do whatever it takes to see that happen. In addition, Fallon asserted they would spend whatever they had to in order to see Jackson’s confirmation go quickly.

Like Demand Justice, several other groups intend to exhaust their resources to fund advertisement campaigns to support Jackson. None of these groups disclose where they get the money from, leading to the label “dark money.”

Republicans and critics of Jackson see her as a liberal activist, claiming her position on the high court will only serve as a “rubber stamp” for Biden and the progressive agenda. Jackson emerged as an early favorite to receive the nomination, likely due to her previous experience in federal courts and her service under Justice Breyer.

Her confirmation hearing could be a heated session as Democrats hold a very slim majority in the high chamber of Congress. However, it remains likely that she will earn her spot on the Supreme Court bench; even if the Senate splits 50-50, Vice President Kamala Harris can serve as a tiebreaker. The slim margin just means Democrats can’t afford to lose any votes.