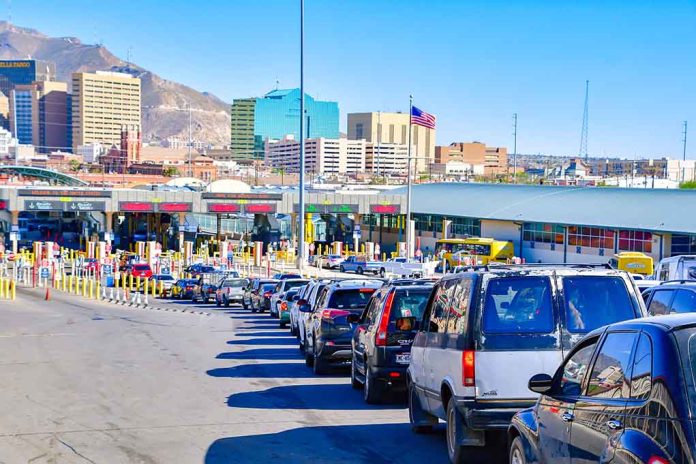 (RepublicanNews.Org) – In the week leading up to December 19th, Border Patrol officials released 10,349 migrants onto the streets of El Paso, bringing the four-week total up to 30,782 people. With shelters in the city already overcrowded, the newly released migrants were forced to camp out on the streets in freezing conditions. The volume of people, coupled with the weather conditions, forced Democrat Mayor Eric Leeser to declare a State of Emergency on December 17th.

A Trump-era health directive known as Title 42, which allows the U.S. to expel some migrants, was expected to lapse on December 21st and had led to a surge of migrant arrivals. Supreme Court Justice Roberts issued an administrative stay on Monday, 19th December, which could keep the directive in place for months, while a coalition of Republican-led states appealed to keep it in place top control immigration. In El Paso alone, it was expected that the lapse of Title 42 would increase border crossings to 6000 per day.

Mayor Leeser has been grappling with the issue of illegal immigrants for many months, providing shelter and food to as many migrants as he was able and making arrangements to bus them to New York to alleviate the pressure on resources in El Paso. In a press conference on December 15th, Leeser announced that the federal government had promised the city $6m to deal with the massive influx of migrants. Still, City Council members present pointed out that the money had not been received.

Deputy City Manager Mario D’Agostino pointed out that an emergency declaration opened up additional funding streams, prompting Leeser to remove the microphone and end the briefing.

As of December 17th, Leeser will have to overcome his resistance to working with Governor Gregg Abbott and allow him to get involved with helping El Paso cope.