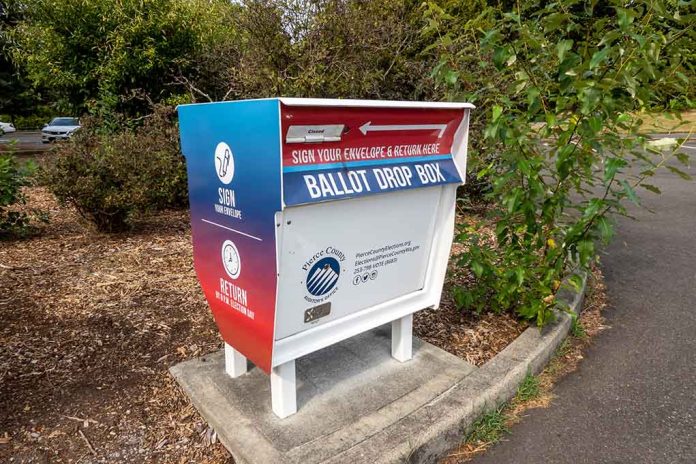 (RepublicanNews.org) – In November 2020, the morning following the now controversial election, Americans woke to find Biden had taken the lead after a significant surge of votes for him came in the early hours of November 4. The spike remains a major contributing factor to former President Donald Trump’s election fraud claims. Now, one of the people behind that surge is setting up drop boxes despite Supreme Court prohibitions.

Claire Woodall-Vogg, Executive Director of Milwaukee’s Election Commission, claims her decision to use ballot drop boxes perfectly complies with the Wisconsin Supreme Court’s ban. The Democrat seems to have found a way around the law, or so she hopes.

Ex. Dir. Claire Woodall-Vogg said the work-around was "in full compliance" under the drop box ban issued by court in Feb. https://t.co/dyK6sc7Mbd

Woodall-Vogg claims staff will be monitoring the drive-up drop boxes for early voting on March 26 and April 2 for Milwaukee’s mayoral election and other essential county positions. But should election officials seek such backdoor shortcuts when there are serious questions about their legality, especially after so much controversy? Why use drop boxes at all?

It’s hard to say how Woodall-Vogg’s actions will influence future elections. Millions of citizens have already lost trust in the voting system. What will actively seeking a loophole to a supreme court’s ruling accomplish other than further sowing that distrust?