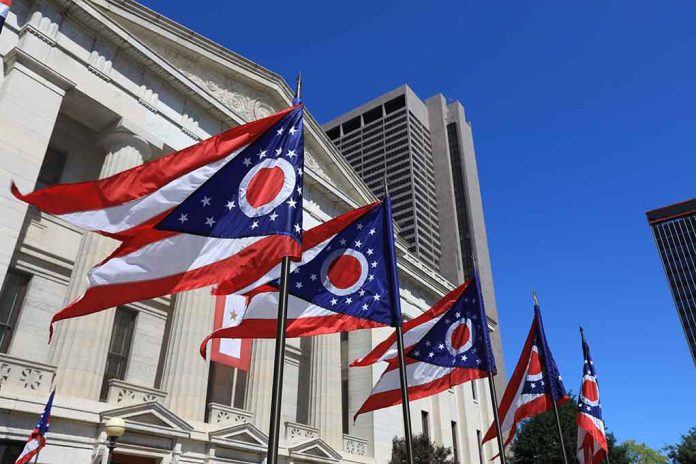 In A Mask Tim Ryan Holds A “Town Hall”

(RepublicanNews.org) – Representative Tim Ryan (D-OH) is running against Republican J. D. Vance for a Senate seat in Ohio. RealClearPolitics shows the conservative up by an average of two points, with some polls reporting a flat-out tie, making the competition a toss-up for the midterm elections.

On October 28, Ryan held a town hall meeting at a local church, attempting to reach voters directly to answer questions and relay his message. Masked and ready to go, the legislator looked upon a measly crowd of 19 constituents.

Once Vance caught wind of the low number of participants, he jumped on the opportunity to advertise the sad showing of support for his competitor. The Republican jeered on social media, sharing a video of the masked politician and his few supporters. Vance appeared to feel better about his chances of winning.

I woke up today feeling really good about our campaign. But then I saw this massive and enthusiastic crowd, addressed by masked Tim Ryan, and realized we could be in trouble. https://t.co/lU0FVjnL3j

Ryan has been in the House representing Ohio since 2002, so he’s no stranger to the people of Ohio. The politician has been re-elected to his position nine times. His platform focuses on families in the Buckeye State, bringing good-paying jobs to the area and working on the economy.

If the polls are correct, it’s a wonder why the seasoned lawmaker couldn’t draw a larger crowd of support at the town hall. However, Breitbart did point out the gathering was set for a random Tuesday morning.

Who do you think will win the Senate seat on November 6 in Ohio?