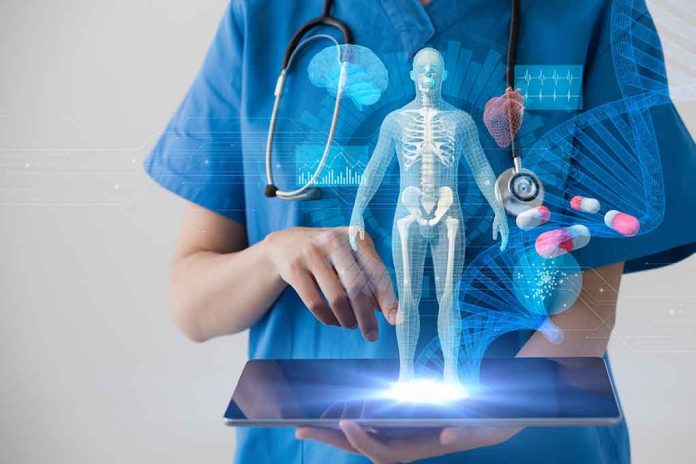 (RepublicanNews.org) – Midterms are only months away and Democrats are looking at a difficult election cycle. While President Biden will remain in the White House for at least another two years, DNC leaders stand to lose their majority in both chambers of Congress. Many are now making a final push to expand Obamacare — and Republicans are not happy.

US Representatives James Comer (R-KY) and Jim Jordan (R-OH) wrote a letter to US Treasury Secretary Janet Yellen and Commissioner Charles Rettig of the Internal Revenue Service (IRS). In it, they explain their thoughts on President Biden’s recent push to expand Obamacare.

Both Republicans are ranking members, Jordan of the House Judiciary Committee and Comer of the Oversight and Reform Committee. The lawmakers asserted that the Biden administration’s attempt to find a loophole in the law “tramples on the Constitution and ignores the will of the American people” and said Biden is pushing the IRS to implement the rule change for political gain. They feel Democrats have done this in the past and seem poised to use the IRS for political reasons once again in order to advance their progressive agenda.

The Kaiser Family Foundation reported that the American Rescue Plan Act’s (ARPA) subsidies for Obamacare and the Affordable Care Act would end in 2022 if Congress doesn’t renew them. Around 13 million beneficiaries would see their premiums increase by an estimated 53% if the expiration goes through. That price hike would hit Americans just before the midterm elections.

Comer and Jordan’s letter also claims that the IRS’s proposed rule change would “unlawfully expand eligibility for taxpayer-subsidized health insurance under Obamacare.” The lawmakers contend that the IRS proposal contradicts both a rule the agency solidified around a decade ago and its statutory text, violating the Administrative Procedure Act.

Perhaps more importantly, the two lawmakers are also deeply concerned about the timing of the expansion. It would force Americans to pay more during a time when inflation is through the roof, costing taxpayers billions of dollars.

In their letter, Jordan and Comer also detail how Obamacare changes could impact American healthcare. It points out that the proposed IRS rule would expand eligibility for Obamacare; many dependents fall under work-provided parental health coverage plans. The expansion of eligible dependents would likely force them to switch coverage.

According to the two officials, the effect would decrease private spending while increasing government spending from taxpayer-provided funds. They also warn that dependents who do switch coverage from private health insurance to taxpayer-funded programs typically lose some coverage.

How will this change impact the average American? The US is already dealing with record high prices; families can hardly afford to feed and house themselves. Now, the government is talking about increasing the price of their healthcare and the amount of money taxpayers put into Obamacare. How can Americans be expected to afford anything?