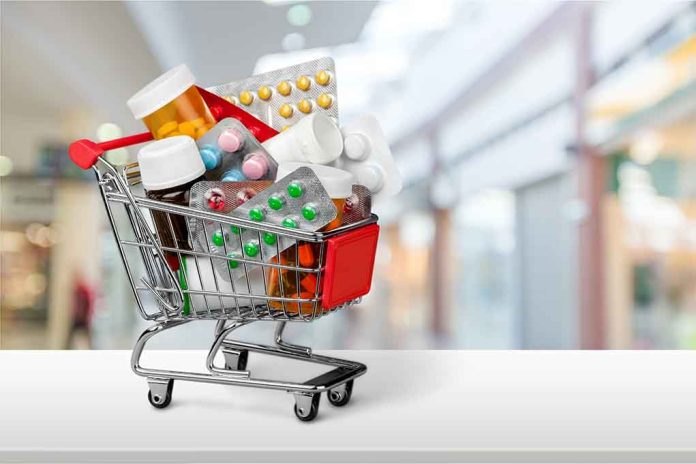 (RepublicanNews.org) – Florida Governor Ron DeSantis announced a legislative proposal on January 12 to give consumers more power over how they get their prescription drugs by corralling so-called “benefits managers.”

Benefits Managers are middlemen who go between patients and health insurance companies when decisions are made about which drugs will be paid for and how they will be delivered.

DeSantis’ proposal also aims to toughen requirements for Prescription Benefit Managers (PBMs) who register with Florida. Under his plan, DeSantis said PBMs would have to give more information about their ties to other pharmacies or healthcare companies.

PBMs and health insurers often require patients to get their prescriptions filled in certain ways, such as requiring consumers to use mail-order pharmacies. DeSantis’ proposal, if passed in legislation, would bar this practice.

DeSantis said patients are and should be free to use a mail-order option, but PBMs should not be allowed to require this.

The proposal also targets other common practices of PBMS, such as “co-pay clawbacks.” This is when an insurance company instructs a pharmacy to charge the patient a copay that is higher than the actual retail price of the drug.

DeSantis announced the proposal at a retirement community alongside Florida Surgeon General Joseph Ladapo. Ladapo, an employee of the University of Florida, said universities were the “real innovators” in medicine, not large corporations.

During the same press conference, DeSantis criticized the Biden administration and the Food and Drug Administration (FDA) for standing in the way of Florida’s attempts to bring lower drug prices to citizens. DeSantis said the agency and the White House were thwarting his efforts to bring Floridians cheaper prescription drugs by importing them from Canada.

The Florida legislature begins its 60-day session in March.