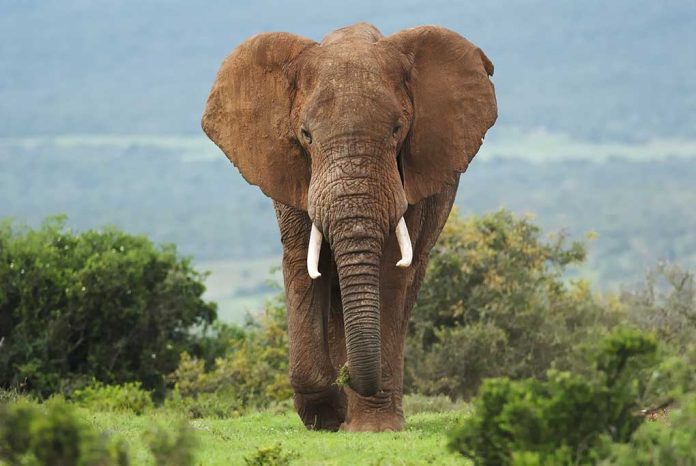 (RepublicanNews.org) – People in Thailand continue to use elephants for transporting logs despite a three-decade-long law banning the practice. After carrying logs on a hot day, one elephant apparently had enough. The large mammal killed its handler, ripping the person’s body in half.

Elephant rips its handler in half after 'going crazy' in the heat as it was made to haul wood in Thailand https://t.co/Mv2oBdaseA

On August 17, Supachai Wongfaed, the 33-year-old elephant handler, died after 20-year-old Pom Pam stabbed him with its tusks several times. When authorities arrived at the scene, they discovered Wongfaed’s severed body in two pieces and in a pool of blood. According to Thaiger, a Thailand news outlet, the elephant went crazy and became aggressive after its handler forced it to carry logs on a rubber plantation.

Officers with Phang Nga Provincial Livestock (PNPL) arrived and discovered Pom Pam about 500 yards away from Wongfaed’s split corpse. Authorities then shot the elephant, which they claim was aggressive upon their arrival, with a sedative dart from half a kilometer away. PNPL took Pom Pam to one of their facilities, so the mammal could undergo rehabilitation. Wongfaed’s body went to his family to allow grieving loved ones a proper funeral. Do you think Thailand’s authorities should be doing more to avoid these types of tragedies?