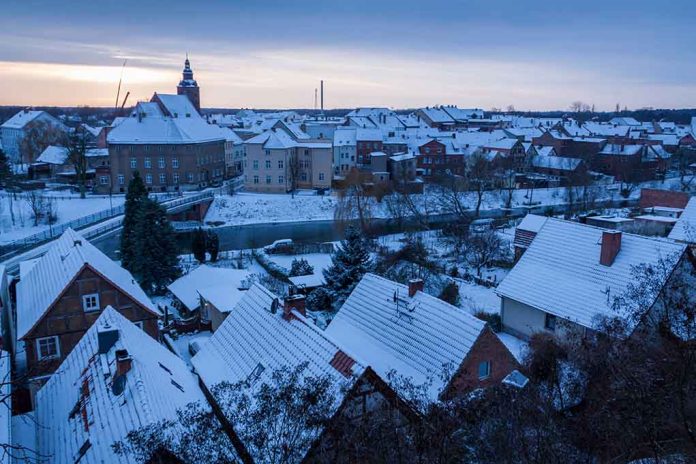 (RepublicanNews.org) – Russia’s ongoing war with Ukraine threatens to plunge much of Europe into a state of chaos as winter rapidly approaches. A majority of the continent relies on Russian petroleum products to heat their homes and power their businesses. Fears of President Vladimir Putin hiking energy prices or diverting natural gas and crude oil exports in retaliation to sanctions placed on Russia over its invasion are prompting leaders to find ways to minimize the impact on their constituents. For instance, German officials recently announced their plan to pay the utility bills of homeowners and small-medium business owners for December.

In September, the German government announced a $194 billion aid package to protect households and companies from imminent energy price hikes. The “defensive shield,” as German Chancellor Olaf Scholz called it while discussing the package, includes cutting taxes on fuel and a gas price brake, a mechanism triggering subsidies, and other forms of economic relief for consumers. Germany’s pledge to pay gas bills, which they announced at an expert panel earlier this week, is the first stage of a two-step plan designed to cap prices for consumers.

The country is also planning to subsidize costs for businesses and individuals next year. According to The Guardian, expert panel’s co-chair Dr Veronika Grimm said this idea is to provide a “new normal” that people can manage realistically.

However, the plan’s reception hasn’t been entirely positive. For instance University of London Professor Michael Ben-Gad told Newsweek that there’s “no good reason” for the plan if energy costs don’t decrease over the long-term. He warned that businesses, for instance, could end up needing the subsidies permanently if the situation doesn’t improve.

President Putin’s decision to invade Ukraine upended German energy policies. Germany hasn’t received as much gas from Russia, and as supplies decrease, prices have risen. The German government has expressed concern they may not have enough reserve gas to make it through the winter. In response, the government has banned heating pools and suspended minimum temperature requirements in rental contracts for apartments.

Additionally, Germany has urged more people to work from home. Officials claim Putin is purposefully sending less gas, though Moscow denies that assertion. Much of Europe, Germany in particular, is very dependent on Russian petroleum Could Putin use this as leverage in his war against Ukraine and possibly force countries into supporting, or at least, not hindering, his efforts?

The chances of major energy shortages have increased in the wake of Ukraine’s recent success in pushing back against Russian lines. Likewise, Putin faces increased pressure at home to mount a more effective military strategy and bring the war to a successful conclusion.