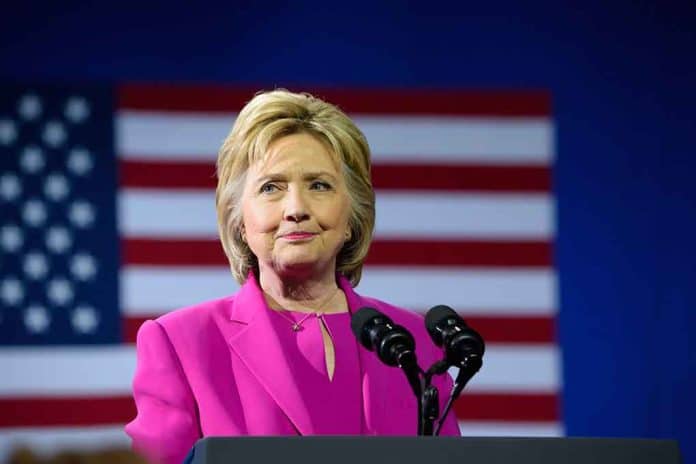 (RepublicanNews.org) – The Democratic Party controls the law-making process from House to White House. With Biden’s numbers tanking, Democrats and moderates may be looking for new leadership in 2024. Hillary Clinton’s former strategist believes she’ll make a presidential bid in 2024 for this very reason.

Richard Morris, Clinton’s ex-strategist, spoke with “The Cats Roundtable” talk show on January 16, where he talked about Clinton and her position as a potential presidential candidate. With the likelihood that former President Trump will run in 2024, Morris believes America may see a rematch of the 2016 presidential election; Trump v. Clinton. A bold assumption that she will defeat the “most popular president in US history,” but Morris explains why.

Hillary "has set up a brilliant strategy," a "zero-sum game, where the worse [Biden] does, the better she does, because she's positioned herself as the Democratic alternative to Biden," @DickMorrisTweet said.https://t.co/EJjT6G2PWi

The former Clinton advisor asserted that the former First Lady had created a brilliant plan where she does better the worse Biden performs. Morris explained that Clinton had positioned herself as an alternative to President Biden and the extreme left. The ex-strategist elaborated that it’s likely Rep. Alexandria Ocasio-Cortez (D-NY) and Senator Cory Booker (D-NJ), both left-wing extremists, would likely be at the forefront of the ballot.

Morris asserted that Clinton is the stronger candidate, citing her pragmatic approach, contrasting the ideological direction of liberals. Clinton herself mentioned that if the Democratic Party wants to win, they have to focus on a more moderate approach to win purple districts.

The question of whether there will be a Trump v. Clinton rematch remains as neither has made their intentions clear. It’s difficult to predict whether Clinton’s bid would become a shoo-in, or whether Trump might succeed in securing another win. Then, too, there are concerns about each candidate’s advancing age. Will they have the energy and stamina to compete against each other again? Could Clinton defeat Trump this time and become the next US president?

McDonalds Permanently Pulls Out of Russia, Citing Lack of “Hope and Promise” for Nation