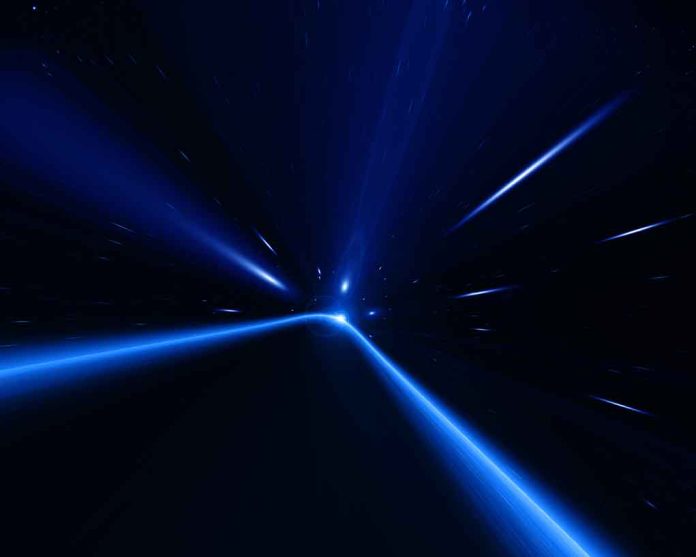 (RepublicanNews.org) – US Representative Marjorie Taylor-Greene (R-GA) is once again facing criticism for views some call anti-Semitic. In a now-deleted Facebook post from 2018, the far-right GOP leader blamed California’s many wildfires on “Jewish space lasers.” She also pointed the finger at a long list of individuals, and even the state’s well-known Public Utilities Commission, all of whom she claimed were collaborating.

Greene recently dismissed those comments as a rookie mistake stemming from her own lack of political knowledge during a number of campaign trail stops. She also vehemently denied holding any anti-Semitic beliefs.

The firebrand Republican representative denied being antisemitic, saying she was a political novice when she wrote the widely ridiculed post. https://t.co/SsYE3y9kkt

Greene’s original post suggested that blue beams of light in the sky reported by California natives at around the same point in time were actually lasers striking the earth. Calling the connections between each element “curious,” she then suggested the lasers ignited the fires.

Here Marjorie Taylor Greene says the deadly California wildfires may have been caused by lasers from space – tied to the Pacific Gas & Electric Company pic.twitter.com/4qMmYZRYrr

Greene also accused the Rothschilds, a prominent Jewish banking family, of attempting to profit from the disasters. She pinned the same label on Jerry Brown (D-CA), who was governor at the time.

One reporter asked Greene whether she was aware that the Rothschild family has been the center of anti-Semitic conspiracy theories for decades. Newsweek claims she responded that she wasn’t aware. She then told the individual she was just a “regular American” who had “never been in politics,” when she wrote the post.

The questions came after Greene stopped to talk to the employees of a company, Mount Vernon Hills, where she discovered Biden’s policies are severely stifling their business due to supply shortages. Once again, the media attempts to divert attention from Biden — this time to Representative Greene.