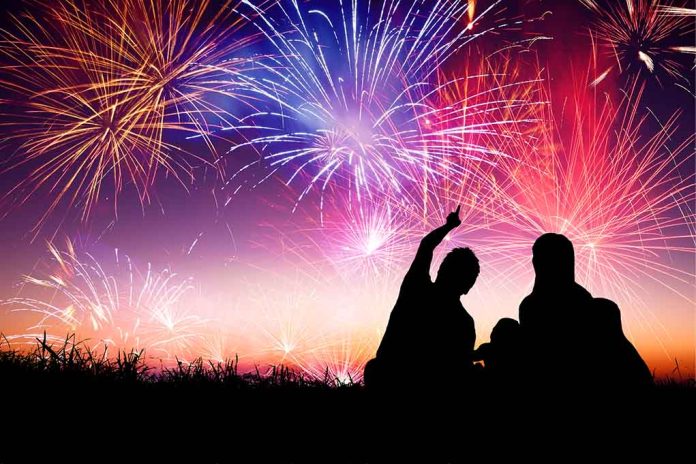 (RepublicanNews.org) – Every year, Americans come together to grill, drink, and set off fireworks on the Fourth of July to celebrate the US gaining its independence from Great Britain. It never fails that there’s always at least one person somewhere who has some sort of firework mishap. A video of the latest incident went viral.

The video starts off with a family gathered in what appears to be a front yard to enjoy fireworks. A number of children, including an infant, mingle only feet away from where someone is preparing the launch site. While that alone was concerning, the situation quickly went from bad to worse only a minute later.

One of the pyrotechnics failed to launch, exploding on the ground in front of the crowd and nearly striking the infant. The event set off a chain reaction, triggering first a firework behind the vehicle and then an entire series of others stored nearby.

While it appears that everyone got away safely without suffering harm, the viral video still holds a powerful message: Remember to always keep a safe distance between yourself, spectators, unlit fireworks, and the launch zone to avoid accidents like the one in the video. There are plenty of accounts where people aren’t so lucky to get away unscathed. With 25 million people viewing the clip in just 24 hours, hopefully a few others have learned what not to do the next time a holiday rolls around.