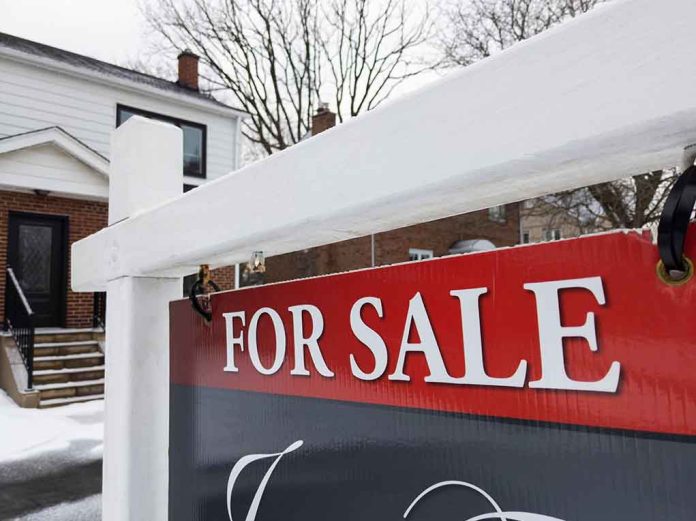 November saw a 3.5% increase in the national median sales price of homes, reaching $370,700. Lawrence Yun, the chief economist for the NAR, said nearly a quarter of the homes sold last month brought in more than their asking price.

While there are fewer buyers and transactions, there are still some multiple offers, and homes are still selling relatively quickly because of the limited supply, according to Yun.

The latest indication of a deepening slowdown from the brisk sales pace at the beginning of the year, when mortgage rates were still very low, is the housing snapshot for November.

In early January, the average interest rate for a 30-year mortgage was just above 3%. According to mortgage buyer Freddie Mac, it was at 6.31% last week, doubling the 3.12% average rate from a year ago.

Despite recent drops, the average mortgage rate was still 7.08% in early November. Many prospective buyers are deterred by the high mortgage rates and steadily rising home prices.

According to Yun, the average interest rate for a 30-year mortgage could drop to 5.5% by the spring or summer of next year.

He said he doesn’t think it’s unreasonable. And if that’s the case, he anticipates a gradual increase in sales activity in the housing market.

According to the NAR, homes sold on average 24 days after going on the market last month, an increase from 21 days in October. Compared to before the pandemic, when homes typically took longer than 30 days to sell off the market, that is still a reasonably quick turnaround.

For the fourth consecutive month, there were fewer houses on the market. By the end of November, 1.14 million homes were available for sale. The current sales rate translates to 3.3 months’ worth of supply. There is a 5- to 6-month supply in a market where buyers and sellers are more evenly distributed.

According to the National Association of Realtors, existing home sales dropped 7.7% from October to a seasonally adjusted annual rate of 4.09 million last month. According to FactSet, that represents a lower sales pace than economists had anticipated. In addition, it means the longest run of monthly sales declines since records began in 1999.