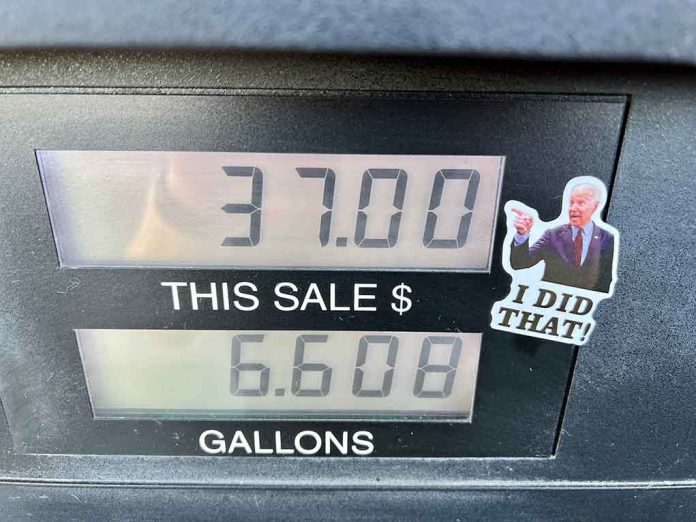 President Biden faces severe criticism and scrutiny for his role in high gas prices. At one point, the cost of fuel skyrocketed to an all-time high. Many people are now taking their frustrations out at the pump by planting stickers of Biden on the machine, blaming him for the situation. One man in Pennsylvania landed himself in legal trouble for doing just that.

A Pennsylvania man is facing charges after he allegedly posted anti-Biden stickers on a gas pumphttps://t.co/EWJvQTf6fd

The stickers depict a photo of President Biden pointing in with the words “I did that!” People are positioning the stickers to make it seem as though Biden is pointing at gas prices as a way to blame him.

Authorities arrested Thomas Richard Glazewski, 54, after he got into a verbal argument with a gas station employee and caused a scene.

Lancaster Online reported that Glazewski placed several stickers on the station’s pumps. A gas station employee claimed the 54-year-old covered them with a clear coat to make it harder to remove them. Authorities charged Glazewski with disorderly conduct, resisting arrest, harassment, and other criminal offenses.

Some people may wonder if the police actually arrested Glazewski due to the stickers or whether their political statement was a factor. Perhaps his erratic behavior left authorities no choice but to put him in cuffs. Either way, Glazewski has found himself on the wrong side of the law, and the departments involved handled the situation without further incident.