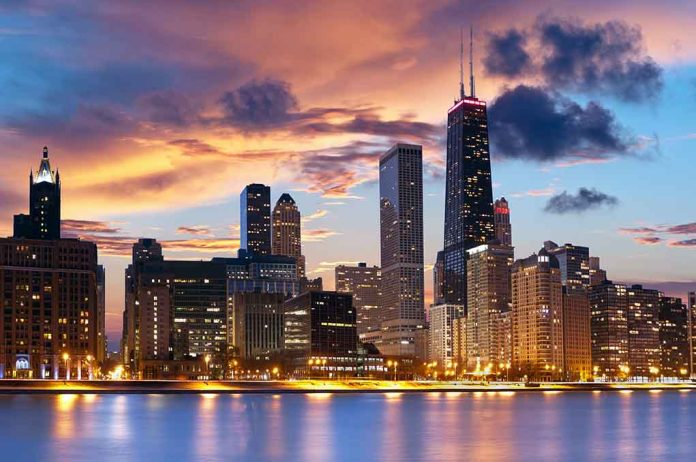 Lori Lightfoot Has HAD Enough

(RepublicanNews.org) – In the US, a defendant is innocent until the prosecutors prove otherwise in the courtroom. However, Chicago Mayor Lori Lightfoot apparently doesn’t feel the same way. Despite her history, she believes anyone charged with a violent crime should be considered guilty — without going to court.

Chicago Mayor Lori Lightfoot, who is in charge of a city that leads the nation in false confessions, said that people charged with violent crimes are guilty because prosecutors say so. https://t.co/YR5eMItha9

Mayor Lightfoot was an early supporter of liberal justices in Chicago but is now seemingly turning her back on them by using them as a scapegoat. Lightfoot recently blasted them for contributing to skyrocketing gun violence rates in Chicago, citing the fact that courts often release criminals back to the streets after posting bail.

Lightfoot’s comments come from a June 6 press conference at St. Sabina Church first reported on by the Chicago Tribune. She railed against bail reform and decisions made by Cook County courts, stating that the justice system shouldn’t place nonviolent people in jail just because they don’t have the resources to pay. The local official also suggested that anyone charged with a violent crime should be considered guilty from the moment of arrest solely because innocent people don’t commit violent crimes.

Mayor Lightfoot did note that these individuals still deserve to appear in court and should be presumed to be innocent before asserting the community has a right to be safe. The attorney and former prosecutor wants the courts to lock violent criminals up rather than allowing them to walk free on bail; she feels they represent a danger to society.

But the mayor’s tone has undoubtedly changed quite a bit since 2020. Back then, she actually supported the idea of completely reforming police departments.