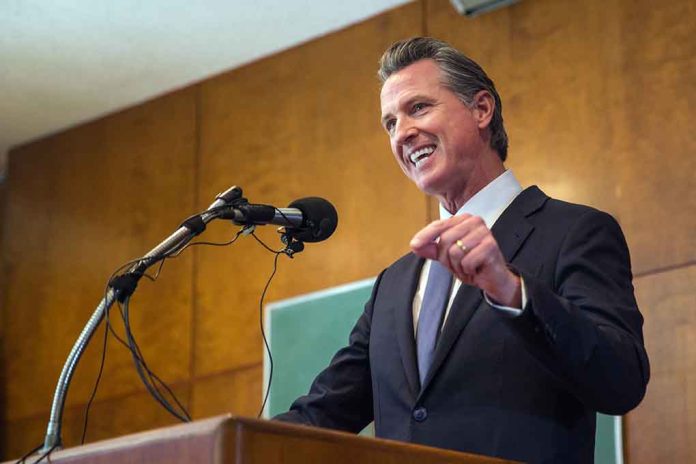 (RepublicanNews.org) – Governors Ron DeSantis (R-FL) and Greg Abbott (R-TX) have been sending illegal immigrants to sanctuary cities such as Chicago, DC, and New York City by busload. Now, as these Democrat-run cities are feeling the pressure of caring for undocumented individuals, Governor Gavin Newsom (D-CA) is asking the Department of Justice (DOJ) to investigate the Republicans’ actions. The California leader requested the DOJ look into charging Abbott and DeSantis with kidnapping.

— Office of the Governor of California (@CAgovernor) September 15, 2022

The Democrat’s letter to the DOJ comes just days after the Sunshine State governor sent two planes carrying migrants to Martha’s Vineyard. Newsom claimed Abbott and DeSantis essentially tricked the undocumented individuals they transported into traveling across the country under the false promise they would go to an area where they’d receive access to work authorizations faster. The California governor also urged the DOJ to assess whether the two Republicans had violated any federal crimes.

Liberal communities are beginning to feel the reality of illegal immigration and open borders as they struggle to deal with the arrival of undocumented migrants. Mayor Eric Adams of NYC recently declared his city was at a breaking point because of Abbott’s program. Still, these locations are only dealing with a fraction of the number of migrants compared to what border communities deal with daily.