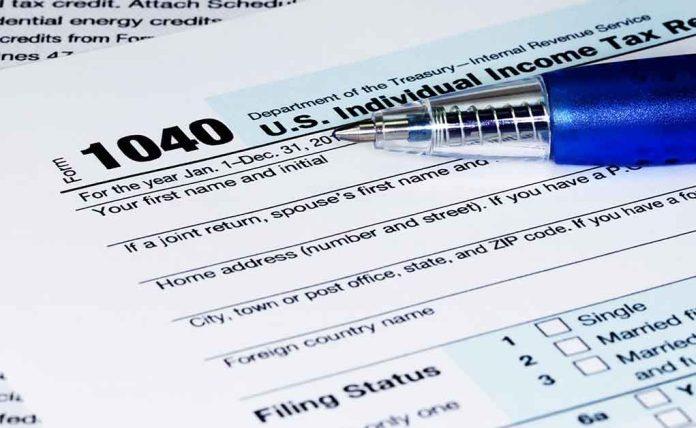 (RepublicanNews.org) – Following the US Supreme Court decision that essentially overturned Roe v. Wade, Georgia outlawed abortions for most pregnancies after a doctor hears a heartbeat. On August 1, the state’s Department of Revenue announced an addendum to the Living Infants and Fairness Equality (LIFE) Act, which allows women to claim a $3,000 exemption on their taxes for each fetus detected. The deduction is only allowed on state filings, not federal submissions to the IRS.

People in Georgia expecting a baby can now claim embryos with a detectable heartbeat as a dependent on their state taxes, getting $3,000 per unborn child. https://t.co/ZBcjuEq8zk

According to a WSB-TV report, Georgia Representative Ed Setzler (R) said the change was necessary to distinguish the mother’s life from that of the unborn child. The only stipulation outlined was that the mom would have to prove her pregnancy if questioned by tax authorities.

Guidance on what taxpayers should do if the fetus does not survive until birth does not currently exist.

University Professor Anthony Michael Kreis told The Guardian the measure has the potential to cost the treasury a lot of money for pre-born humans who never see the light of day.

And given how high the percentage of pregnancies that result in natural miscarriages, the treasury is going to be handing out a lot of cash for pregnancies that would never come to term. (That might be good public health policy though it may be a lot more money than anticipated.)

Still, the shift does seem to fit in with the Peach State’s stance that life is worth protecting from the time professionals determine it has “cardiac activity.” The massive tax break certainly appears to be a meaningful incentive.

The LIFE Act addresses child support and alimony as well. It lengthens financial duty parameters to extend back to the time of fetal heartbeat detection.

Do you agree with the parent incentives Georgia enacted into law for unborn children?