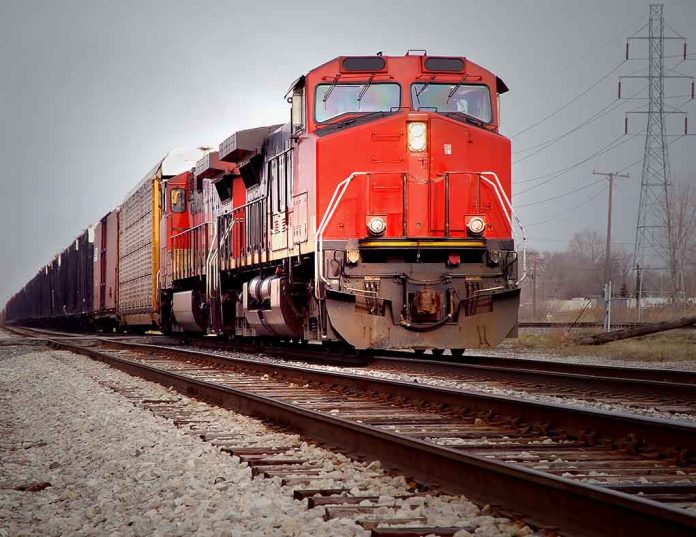 Rail Union Might Be Going On Strike In December

(RepublicanNews.org) – Rail workers threatened in September to strike over wages and benefits. The move would’ve been devastating to an already struggling US economy, but President Biden was able to craft a deal to avert it. Despite reaching the tentative deal, America is once again faced with the possibility of an economic crisis. A handful of rail unions have rejected the president’s offer, potentially leading to a strike beginning in early December.

According to a press release from the International Association of Sheet Metal, Air, Rail, and Transportation (SMART), members of its Transportation Division (SMART-TD) have split on ratifying the deal. The release explained workers within its train and engine service voted to reject Biden’s offer while the division’s yardmasters agreed with the tentative deal.

Without all unions on board with the proposal, rail workers are set to begin striking on December 9. However, SMART-TD President Jeremy Ferguson hopes it doesn’t come to that. He asserted a strike could be avoided through negotiations, adding a settlement would be in the best interest of all involved parties and the American people. Three-quarters of the rail unions in the US have agreed to ratify the deal, but they all must do so in order to prevent a strike.

Ian Jefferies, President and CEO of the Association of American Railroads (AAR), noted in a statement that failure to reach an agreement could result in the US economy losing $2 billion per day. The AAR leader declared Congress must be ready to step in to avoid the possibility of an economic catastrophe.